The Conservative Party of Canada announced their initiative to protect the environment last week, titled A Real Plan, as part of policy announcements ahead of the fall federal election. Included among the many environmental proposals is a plan to help homeowners improve the energy-efficiency of their existing homes through an income tax credit. “As Prime Minister, Andrew Scheer will: Create a two-year Green Homes Tax Credit (GHTC) for homeowners to help pay for energy-saving renovations,” the Conservative document says. “By making the Green Homes Tax Credit (GHTC) a two-year plan, it will incentivize Canadians to renovate their homes more urgently.”

Support in the form of an income tax refund
This support for homeowners would take the form of refundable credits of up to 20 per cent of personal income for certain “green improvements” worth between $1,000 and $20,000. This could mean as much as a $2,850 annual refund to homeowners over the two-year life span of the proposed program. The Conservatives estimate that the cost of this program would be $900 million each year. 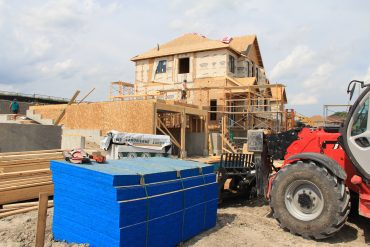 Specifically, the plan would encourage Canadian to install higher levels of insulation, high-efficiency furnaces, improved doors and windows, and upgraded ventilation, heating and cooling systems, even solar panels. The Conservatives cite research that suggests buildings in Canada are responsible for about 12 per cent of the country’s overall carbon emissions. Most of these emissions come from older building stock, thus justifying the tax refund plan to assist existing homeowners.

Wait! There’s more!
Although lacking explanatory details on how their other new ideas would work, the Conservatives have additional suggestions to reduce Canada’s carbon emissions. One idea put forward is a Green Home Retrofit Code for the purpose of setting standards for renovators, contractors and homeowners. They also wish to encourage builders to build greener new homes by proposing an Energy Savings Performance Contract (ESPC), which they say has been successful elsewhere. “It works by using investment capital up front and then having the building owner pay back the investor through the energy savings.”

A Conservative government would also, if elected, establish a voluntary Net-Zero Ready Building Standard. They criticize the Liberal government, which they claim “have set ideological targets that increase the cost of homes, putting home ownership even further out of reach for so many Canadians. In 2017, government officials estimated that Trudeau’s proposed National Building Code would add $35,000 to the price of a typical home”

Instead, the Conservatives say an optional standard, as opposed to mandatory standard forced through building code amendments, would “strengthen Canada’s model building codes in a way that is sensitive to the impacts it will have on the cost of building a home.”

A focus on low-carbon building materials
Other elements of the Conservative’s green building initiatives include encourage the increased use of wood and low-carbon cement. “There are several measures that can be taken to boost energy efficiency, without costing taxpayers or hurting businesses,” the document says.

Given the scope of what has been proposed in A Real Plan, Canadians should expect many questions to be asked concerning the processes under which these initiatives would be implemented. At present, the Conservative’s program is very general in nature, although supportive of the renovation and building industry.

Related
Ontario Home Builders’ Association “ready to work” with provincial government on Climate Change Action Plan
What the Conservative Party would do for our industry
There are now 20,100 green buildings in British Columbia
What will it take for home builders to embrace the Green?