Net Metering programs and rebates for solar PV array installations are now available in almost every province in Canada. Albertans are the latest to have their day in the sun. The province joined the cross-country movement when it recently announced a $36 million installation and rebate program for homeowners and businesses. 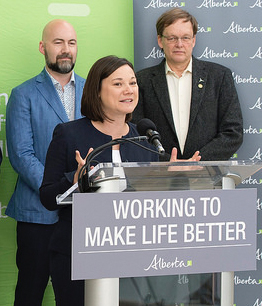 In a media release, Shannon Phillips, Minister of Environment and Parks and Minister Responsible for the Climate Change Office said, “This solar program helps Albertans lower their utility bills and invest in their homes. Solar jobs are growing and the industry is putting Albertans back to work. Solar electricity puts the power in Albertans’ hands, making life more affordable while diversifying the economy and reducing carbon pollution.”

A boost to solar power and for jobs
The Residential and Commercial Solar Program is expected to create roughly 50 megawatts of solar capacity and support the creation of 900 jobs in Alberta’s solar sector by 2019. Without the incentive program, Albertans were expected to be slow to take up solar generation. Projections indicate that with the program, solar uptake will grow to eight megawatts in 2017 and up to 140 megawatts by 2022.  The release indicates that the programs impact only systems installed after Apr 15, 2017.

All but Newfoundland & Labrador offer solar programs
Net Metering allows customers to remain connected to their local distribution system. This way, they can generate their own electricity to offset their consumption or even send more than they consume into the electrical grid. When their own generation unit cannot provide sufficient power for their personal needs, they can use accumulated credits or currency to purchase the power needed.

Newfoundland and Labrador is the only province that offers neither a Net Metering program nor any installation rebates. Given the province’s abundant hydroelectricity, below-national average kWh rates, and the absence of a provincial grid-tie policy, solar PV applications in the province are effectively only useful for off-grid cottage/cabin users.

For those provinces with a Net Metering program, the pay-back and benefits vary. Some allow homeowners to ‘bank’ the net-positive kilowatt hours (kWh’s) they put into the grids in a given month and use those credits during months where they are net users, and potentially receive a financial payment at the end of the year if that positive balance is maintained. Saskatchewan is unique by choosing to reset the kWh credit account to zero if the balance is not used at the end of each year.

Ontario dwarfs all others in terms of solar incentives
Many provinces, although not all, also offer a variety of installation credits to homeowners and in some cases to businesses. And while Alberta’s $36 million program is no small change, nationwide no province has been more generous in terms of Net Metering and installation credits than Ontario. However, the costs associated with that province’s programs, initiated several years ago by the Liberal government led Dalton McGuinty and perpetuated by current Premier Kathleen Wynne, have been extreme. 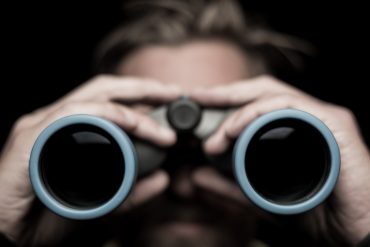 Under Ontario’s MicroFIT  program, residents originally received payments from the Independent Electricity System Operator (IESO) for solar electricity generated on their properties and delivered to the utility at the rate of 80.2¢perkWh. That was reduced on Jan 1, 2017 to between 19.2¢ and 30.1¢ per kWh depending on project size and whether the installation is roof top or ground based. These rates are still far above market prices for electricity.

Right wing Alberta politicians express concerns about government incentive programs
Alberta’s Wildrose party leader Don McIntyre, concerned that the province will fall into a similar cost trap, referred to Alberta’s new solar incentive program nothing more than a government effort to artificially prop up an industry sector. As evidence, he pointed to the Ontario Auditor General’s report that that province’s various green energy programs have been a failure that will cost provincial taxpayers $170 billion over the next 30 years.

To learn more about the solar incentives programs across the country, and how they might impact your customers’ decision to include solar installations in their new or renovated homes, visit this helpful website.