Alberta has approximately 4,000 residential homebuilders. Yet with only 12 per cent of the country’s population, the province has some 20 per cent of new home starts in Canada. However, unlike Ontario, Quebec and British Columbia, there are currently no minimum skills or accreditation requirements to build houses in Alberta; anyone could set up shop and sell homes. 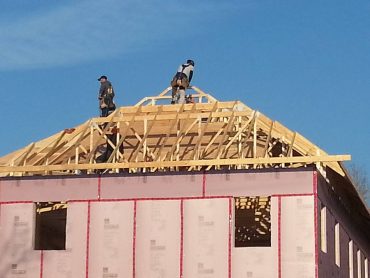 Proposed legislation known as Bill12 would establish criterion for construction knowledge and financial stability, and would establish a registry of those builders who are qualified. Maintaining an active building license would enable builders to offer warranty coverage and protect consumers from engaging disreputable and inexperienced contractors.  At the same time, homeowners who wish to build their own homes can, as in the larger provinces, seek exemptions under certain circumstances.

Consumer protection where none existed before
“When Albertans buy a new home, they’re making one of the biggest investments they’ll ever make,” said Shaye Anderson, Minister of Municipal Affairs for Alberta. “We want to make sure that Albertans are protected when they make these investments so they don’t have to worry, and so they know their homes were built by one of the many qualified, skilled builders in Alberta.”

If passed, legislation would require builders to be provincially licensed by spring 2018 after a six month phase-in period. Declarations of previous bankruptcies or fraud convictions could be tracked by potential customers, while also preventing the practice of repeatedly establishing and then folding-up numbered companies in order to avoid bad-practice detection. The legislation would also grant the province new powers to revoke or deny the issuance of licenses.

The proposal has been welcomed by several industry groups. “Our members have always been on the leading edge of the industry, including requiring warranty coverage for more than 40 years,” says Ryan Scott, President, Canadian Home Builders’ Association – Alberta. “We want to make sure that licensing protects affordability and choice for Albertans – while also recognizing the many upstanding builders providing homes and jobs throughout the province… The ability to remove builders who demonstrate a negative track record will be a benefit to every Albertan – including those in the industry.”

The Alberta government spent the months of February and March surveying stakeholder parties and conducting focus groups before drafting the legislation. According to the government, 78 per cent of Albertans surveyed supported the concept of home builder licensing.

The re-building of Fort McMurray in the wake of 2016’s devastating fires provides the foundation for the new legislation. The enhanced builder information program launched in June 2016 required builders to complete a declaration through the New Home Buyer Registry before applying for a building permit in the Wood Buffalo area. All declarations have been posted on-line, helping consumers in Fort McMurray make more informed decisions when choosing a builder.

Timely legislation as home starts rebound
Bill 12 comes forward as the province regains new-home building momentum. Housing starts province-wide soared past 2,500 in March 2017, a 61 per cent year-over-year increase from 2016. At the same time, due to inventory restraints in cities such as Calgary, existing home resale prices remain steady.