Is B.C.’s Energy Step Code too much, too fast? (Part Two)

Not everyone embraces BC’s unique approach to Net Zero Energy

In the second half of this exclusive two-part interview with Canadian Contractor, Casey Edge, CEO of the Victoria Residential Builders Association (VRBA), explains where he feels BC’s Energy Step Code went wrong in terms of process and in terms of climate leadership, and offers suggestions for a better path forward.

How the Victoria Residential Builders Association’s approach differ from that of regulators when it comes to developing something as significant as the BC Energy Step Code?
As a builder’s association, what we always try to do is have a full and transparent discussion about costs, proven practice, responsible building codes, those kinds of things. If the government is going to introduce higher levels of energy efficiency, I say let’s have a good, educated look at it and involve the public as well. That’s how we’d approach it. As a builders’ association, we take a hard look at regulations that are being proposed, I bring them to my builders’ council and I ask the guys, ‘How is this going to work in the field? What does it mean to you?’ And they get into the nuts and bolts of how these regulations could be a challenge. 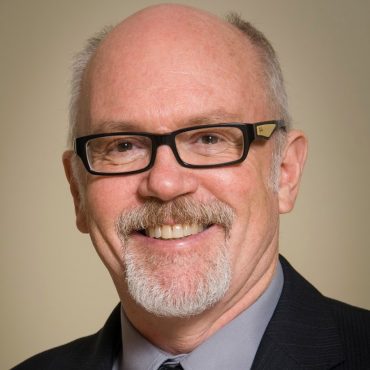 Where do you think the BC Step Code went wrong?
I was part of the consultation for the BC Step Code along with the other players, so I can tell you about that consultation. When the government does these consultations, they like to meet with other governments because that’s where they get their support from; other regulators. In this case, there were about 20 municipal officials and bureaucrats sitting on that consultation and only three or four representatives from builder organizations. We (VRBA) very strongly represented affordable, small, single family homes that are being sold in the field right now to young families.

And what was the result of these Step Code consultations?
They basically said, ‘We’re going to enable municipalities to cherry-pick any one of the five step levels. We’re going to encourage them towards a best-practices guide, to be responsible etcetera.’ However, best-practices guides are not regulations. They are advice, not regulations. And since there is a self-determination policy for municipalities in BC, which is unique in Canada, the provincial government will not override municipal authority.  For example, the Minister of Municipal Affairs cannot amalgamate small municipalities without their permission.

What do you think would be a more sensible approach rather than allowing immediate arbitrary measures?
Our position is this: Maintain a building code standard in the province that is based on cost-benefit in the most expensive province in Canada, along with proven practice. Start out at a reasonable level of energy efficiency that can supported by affordability, education and current proven practices. Today, that might be Level Two.  Then, in five year increments, and based on affordability and proven practice, you go to Level Three. Another five years, Level Four. And by 2030, which is the government’s stated goal, based on affordability and proven practice and by observing a building code standard, you get to Net Zero.

Sounds sensible. What’s the problem?
The government is not interested in climate leadership. They’re not really interested in housing affordability. They’re interested in scoring political points.  What they’ve done instead is significantly ratchet up the cost of new home ownership in the most expensive province in Canada while doing very little to address the climate issue.

Can you explain that further?
What the BC Step Code does in fact is off-load higher energy efficiency costs onto homes that haven’t been built yet and where no voter is living yet. It doesn’t cost the government anything. On the other hand, if they brought in a regulation that said, ‘You’ve got 20 air changes per hour in your home today. By this date you have to bring it down to a certain level,’ there would be an unbelievable voter backlash. It’s cynical, but that’s the reality.  What they need to do to show real climate leadership is introduce a retrofit tax credit that will reduce responsibly the energy use in older homes.

How does emerging technology fit into your energy efficiency argument?
Let me ask you this question: If people had, say, Tesla roof panels on their homes and it provided enough power to run the home, does it matter how energy efficient the building envelope itself is? My view is, if we work in five year increments, I believe technology will solve many of the problems before we get to 2030. Wrapping our homes in oil by-products and installing mechanical systems to bring in air could become outdated.

Are you concerned others might say you are arguing against energy efficiency?
We’re not against energy efficiency.  What I told the consultation group is that they were making a decision on a business model when they had no skin in the game. I said, ‘If this goes sideways, you’re not folding up your business.” What’s being done here is, in my view, irresponsible. What we’re saying is, “If you’re going to develop energy efficiency regulations like the BC Step Code, do it responsibly and show some respect for the guy in the field who is building and selling the homes.” You may be able to build a super-insulated energy efficient home, but you also have to sell it to a consumer, and that’s the part that I frankly don’t think the government appreciates.

Related
Is B.C.’s Energy Step Code too much, too fast? (Part One)
Radon and B.C.’s Step Code – A perfect storm (Guest Column)
Doing the Step Code Two-Step
Finding meaning in the deep abyss of Black Holes… and Step Codes