Contributing Editor John Bleasby visited New Orleans this past March and briefly toured the Lower 9th Ward, devastated in the wake of Hurricane Katrina in 2005. Within the Ward is a neighborhood that received heavy media attention back in 2007 when it was rebuilt, largely through the efforts of Hollywood superstar Brad Pitt and his charity Make it Right. However, as John discovered, appearances can be deceiving, especially on TV.

I had heard about the Lower 9th, the low-income neighborhood immediately adjacent to one of the levees that broke during Katrina. The resulting floods swept away almost everything in their path. I had also seen an episode or two of the TV shows featuring actor Brad Pitt’s efforts to rebuild a small neighborhood within the Lower 9th, offering radically modern housing to former residents at discounted and subsidized prices. 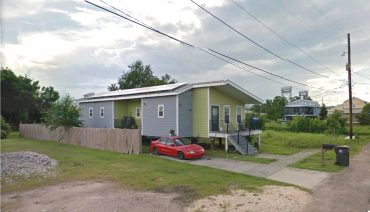 Reality meets perception in the Lower 9th
Despite all the hype, the neighborhood was a huge disappointment. The building designs are striking, true enough, but they are separated by dozens of empty, abandoned lots and scattered among poorly built houses not part of the rebuild project. Few trees, little vegetation — it’s a bizarre sight, almost surreal. That wasn’t the original concept, of course. The plan was to build 150 well-designed, energy-efficient, modern homes. Yet 13 years later, only about 100 have actually been completed. Of those, a large number are deteriorating rapidly due to rot, mold, leaks and inferior building materials.

In the meantime, Pitt’s Make It Right organization has all but disappeared and its website lapsed out of date, according to news.com.au. “The downtown New Orleans office has been closed, the staff has been cut to a handful and residents say their calls go unreturned,” says an NBC News story. “While Pitt ordered inspections for the homes in 2016, according to a spokesperson, residents say they’re still waiting for the results and for much-needed repairs.”

It gets worse. According to NBC News, a lawsuit was launched in early September by a lawyer acting on behalf of two New Orleans residents who have complained not just about the structural issues of the buildings but of resulting headaches and sickness. 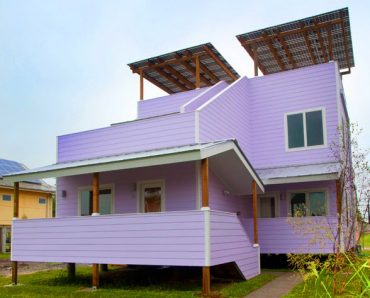 Star appeal led to grand ambitions
The designs appeared innovative and exciting back in 2007 when Pitt showed up on the scene. The project had all the glitz and glamour one would expect when the Hollywood star and his then-wife Angelina Jolie formed the charity organization Make It Right. Some of the world’s most prominent architects, like Frank Gehry, took part in a design competition. It wasn’t a cheap project either —At a projected $25million cost, some say it ended up  costing four times that much.

Today, some of the houses lie abandoned completely. Many others need repairs that owners cannot afford, leaving fears that their investment, although discounted at the outset and guaranteed for 10 years, could be soon worthless.

What went wrong?
It was perhaps a naïve approach to a major rehabilitation project, right from the start. Pretty as the houses appeared with their modern angles and solar paneled rooftops, it points out the critical importance of matching design, materials and building envelope integrity to the climate. The New Orleans region is extremely damp and humid. That would normally call for specific measures to deal with moisture control, ventilation and rainwater. Critics claim this was lacking. Result: Walls are collapsing; some roofs have sunk due to flat designs that fail to deal with New Orleans’s heavy rainfall; staircases have collapsed; porches are rotting away. Some homes have been demolished due to the risk of collapse.

The Mike Holmes connection
If Make It Right sounds familiar to Canadians, it should. There is, in fact, a Mike Holmes connection to the Pitt project in New Orleans. Holmes  briefly considered taking legal action due to a Make It Right trademark infringement. Instead, however, he chose to join Pitt’s initiative. A  2-part, 2009 television special Holmes in New Orleans featured the one (and only) house that celebrity handyman undertook. A representative of the Holmes organization told ET Canada that the resident owner remains pleased with the home. 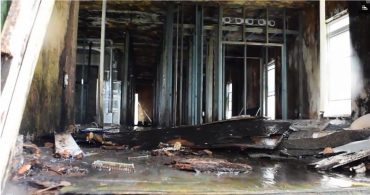 Rot, mold and decay have resulted in several homes being abandoned

Pitt claims his continued commitment
For his part, Pitt says he’s not actually abandoning the project to its problems. According to ET Canada, “A source close to the Make It Right organization insists that Pitt remains committed to the foundation’s efforts. ‘In addition to personally being there, he continues to dedicate significant time and financial support to this project,’ said the source. “This is an ongoing project for both Make It Right and for Brad — who has personally donated his time and millions of his own dollars to ensure the community is revitalized and the project continues as scheduled.”

Despite the pending law suit, some don’t hold hard feelings against Pitt personally, at least not publicly. Non-disclosure agreements signed by residents have silenced many, however. Laura Paul of the non-profit lowernine.org summed up the situation as it unfolded, telling news.com.au, “It’s a failed project, someone who tried to do the right thing, but didn’t know how to build property, or how to manage it. They tried to do good, but they applied practices that don’t work here.”