“What would you do?” A brand new dilemma contest!

Robert needs access to the rear laneway, but the client's neighbor's threaten to block his trucks

Robert’s construction company specialises in major renovations in one of Canada’s busiest cities. His latest project is an architecturally-designed expansion of semi-detached home in an up-and-coming neighborhood. Typical of renovations to 20 foot wide homes built in the 1920’s, the plan is to blow out the rear of the building, expand into the back yard both at the ground and second floor levels, thoroughly renovate the interior, and finally replace the old frame garage with a parking pad. The house is fortunate to 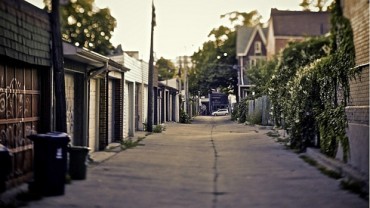 have rear laneway access to private parking that services eight houses from an adjacent street. This will allow Robert to move materials and equipment into position. Due to the excellent drawings supplied, Robert agreed to a fixed price contract, with some adjustments based on final finishes.

On day one, Robert brought in heavy equipment, removed the rear fence, the garage, and tore down the rear wall of house. That’s when two neighbors showed up. One quoted an obscure bylaw from the 1930’s restricting any delivery vehicles using the rear laneway to coal trucks. He threatened to complain to the City and to blockade the laneway, preventing Robert’s vehicles from entering or leaving. The other neighbor owned a house whose side wall runs next to the laneway. She was worried that vibrations from trucks would damage her foundation. 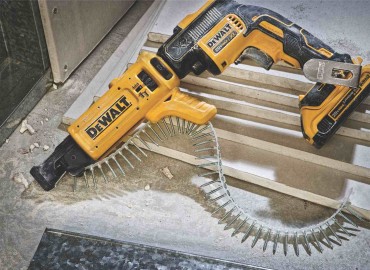 The selected winner of our dilemma contest will receive a DeWALT cordless drywall gun…a nice new one, without the dust!

If Robert cannot use the rear laneway, out-going waste materials and incoming new materials (including concrete) will have be moved by hand in small loads from the street, either through the house or the three foot gap between the houses.  This will cost considerable extra time and money. The client refuses to talk about adjustments to the contract price, claiming it was Robert’s responsibility to research these matters beforehand.

What should Robert do?

Send your solution to this dilemma with a concise explanation via email to
jbleasby@canadiancontractor.ca
Entry deadline is April 22nd
…..and be eligible to win a DeWALT 20V Max XR Cordless Drywall Gun,
including attachment (retail value $378)

1 Comment » for “What would you do?” A brand new dilemma contest!