PC promises to make permanent the Home Renovation Tax Credit (HRTC), to address foreign ownership of residential real estate that has forced prices skywards in at least two major centres, and to allow the expanded use of RRSPs as part of home purchasing, make this target possible, Harper said.

Vaughan, ON, Sept. 29, 2015 – On the campaign trail north of Toronto, Prime Minister Stephen Harper made his feelings very clear about home ownership in Canada by setting a target of 700,000 new homeowners by 2020. Previous campaign promises to make permanent the Home Renovation Tax Credit (HRTC), to address foreign ownership of residential real estate that has forced prices skywards in at least two major centres, and to allow the expanded use of RRSPs as part of home purchasing, make all this possible, Harper said. 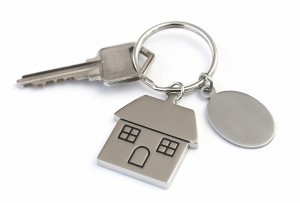 Under a re-elected Conservative government, home ownership would rise to 72.5 per cent from 69 per cent, Harper predicted. Home-ownership expansion at this level would also feed into the previous commitment made by Harper to create 1.3 million new jobs, also by 2020.

Harper’s numbers come as a result of experts running projections provided by CMHC and the Canadian Home Builders’ Association (CHBA), both groups predicting annual home-ownership growth of 140,000 each year until 2012.

CHBA’s CEO, Kevin Lee, said he was pleased that Harper was recognizing “the importance of home ownership to the Canadian economy.”

“Addressing home ownership and housing affordability – that is, homes that people can afford to buy or rent without social assistance – is key,” Lee said. “Home ownership remains an aspiration of almost all Canadians, and is the cornerstone of the financial well-being of most Canadian families.  This dream is at risk if serious measures aren’t taken… We need policy from all levels of government to support home-ownership and affordability, particularly for first-time home buyers.”

Lee urged “all parties, and all levels of government, (to) take action to address housing affordability.  In particular, first-time home buyers need consideration. Assisting well qualified first-time home buyers will be essential to increase or even to maintain current home ownership rates… We hope this announcement will stimulate more discussion on home ownership and housing affordability issues by all parties.”

According to an Abacus Data poll, some 86 per cent of Canadian millennials currently renting or living at home with parents feel that home-ownership is important to them. In fact, three in four hope to own their own homes by own age 31.