Liberal leader Justin Trudeau released key elements of his housing policy today while campaigning in Toronto, part of what he calls his ‘social infrastructure’ spending. Trudeau says his government would offer $125 million per year in tax incentives for 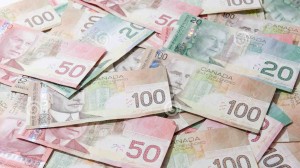 landlords and developers “to build and renovate rental units, and would make investment in affordable housing and residences for seniors a priority” according to a CBC report.

“Investing in social housing is much more than putting a roof over people’s heads. It also creates stable, well-paid jobs that families can rely on,” the Liberal leader said during his speech at the Alexandra Park Community Centre, operated by the Toronto Community Housing Community.

“We know that access to affordable and safe housing is part of the solution to many social issues, such as child poverty, student debt and our ability to help people with serious mental health issues and addiction.”

Expanding on the previously pledged Conservative party promise regarding expanded use of  RRSP’s for housing, Trudeau promised new ways for Canadian to use RRSP’s for home purchases in specific situations when they move, take in an elderly relative, or in the event of a spouse dying.

Also echoing the Conservatives, Trudeau said a Liberal government would monitor purchases of homes by foreign investors, currently seen as a factor in the recent major price increases of houses and condos in Toronto and Vancouver.