Bringing on the women

With a projected shortage of skilled construction workers looming in our industry’s future, why are women left on the sidelines?

When asked recently why his new Liberal cabinet was 50 per cent women, Prime Minster Trudeau answered with a terse, “It’s 2015!” Therefore, we can rightly ask; “Why are women only 14 per cent of the Canadian workforce in the construction industry?”

Numbers are similar or lower in the U.S., with some reports claiming female participation in construction as low as 3 per cent* And it’s not all about sawing and hammering: there is good employment potential for women as electricians, plumbers and HVAC specialists to mention just a few, yet women don’t appear compelled to join the trades. 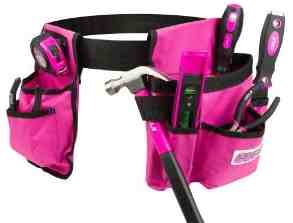 There must be reasons. Lindsay Amundsen, a workplace coordinator with Canada’s Building Trades Union, claims the lack of awareness on apprenticeship programmes for women in one reason. In an article published in, in ipolitics.ca, Ms., Amundsen said “Students are not taught in school — especially young girls — that a career in the trades is an option for them.” In fact, at many programmes aimed at supplying newly trained tradespersons such as carpenters, 90 per cent of apprenticeship slots are taken by men.

Lack or opportunities and role models

Breaking away from traditional careers in hairstyling and childcare has not been easy for women. High schools rarely offer any opportunity for younger women, despite the occasional call for boys and girls to take a semester to switch between ‘Home Ec’ and ‘Shop.’ A lack of role models plus the ongoing perception that the trades associated with home construction and renovation are too physical for women are other factors.

It’s a North American situation.
Pursuing a trade is a good alternative to the default choice of going to university or college, which is clearly not for everyone and certainly no guarantee to riches. The prospect of earning good money and of being one’s own boss is an appeal that transcends both genders. “There’s a saying — if you have a trade you always have a job, but, if you just have a job, you’ll only have that job as long as they want you,” says Louis King, president of Summit Academy OIC in Minneapolis.

Who is trying to help?
SkillsOntario, a non-profit organisation that promotes skilled trade and technologies, runs events like SkillsWorks!, a career exploration event for women aimed at demystifying the construction workplace. Nicola MacDonald of SkillsOntario believes that connecting prospective female entries to the industry with those women already successful in the trades goes a long way to attracting the newcomers. 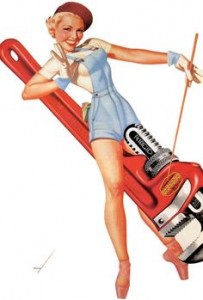 CBTU’s Amundsen agrees that says mentorship would be a critical improvement to both recruit and retain women in constriction. “It’s one thing to recruit them there, but you want to keep them there,” she said.

An adjustment in attitude
Attitudes and prejudices that prevail on a heretofore male-dominated work site might also need adjustment, however. There is a distinct machismo associated with construction, from home building and renovation through to larger commercial projects. Integrating women into teams of closely bonded males and their culture could be a daunting task for some, and a negative for women hoping to join the team. Nevertheless, in all other respects there is little reason why a healthy average woman would not be physically capable of the same task as a male counterpart, given the tools, processes and equipment now common on-site that reduce physical loads and fatigue.

Have a moment?
Tell us your thoughts regarding women on the work site

4 Comments » for Bringing on the women