Skills/Compétences Canada, a national not-for-profit organization that actively promotes careers in skilled trades, today announced that WorldSkills Team Canada 2015 is primed and ready to compete at the 43rd WorldSkills Competition. The international event takes place from August 11 – 16, 2015 at Anhembi Park, São Paulo, Brazil. WorldSkills is considered to be the pinnacle of excellence in skilled 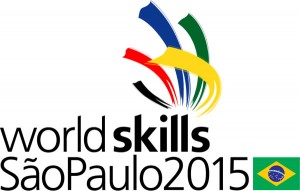 trades and technologies training, bringing together the world’s best. This year marks Canada’s 13th participation in a WorldSkills Competition. WorldSkills Team Canada 2015 is made up of 29 skills champions from across the country, all under the age of 23, accompanied by an 85-member delegation that includes trainers, mentors, industry representatives and parents. The competitors earned their positions on Team Canada by winning local, regional, provincial and national competitions. Team Canada will test their skills against international competency standards and more than 1,000 competitors from 72 countries in 27 out of 50 combined team and individual skilled trade and technology skill areas.

“WorldSkills is a one-of-a-kind international event that promotes the importance of skills education and training for youth,” said Shaun Thorson, Chief Executive Officer, Skills/Compétences Canada. “Following months of intensive training and preparation, the talented young people that make up WorldSkills Team Canada 2015 are ready to compete against their peers on the world stage.”

WorldSkills takes place every two years and is the biggest vocational education and skills excellence event in the world. The Competition provides leaders in industry, labour, government and education with the opportunity to exchange information and best practices regarding industry and professional education. New ideas and processes are bought to the forefront to inspire youth to pursue career opportunities in the skilled trades and technology. At this year’s Competition, new skills areas have been added, further expanding the diverse technical skills that will be tested, with Industrial Mechanic (Millwright) being one that Canada lead in the effort to be included.

Canada will also be participating in the ‘One School One Country’ program, which is intended to foster interaction between Competitors from the participating countries and students from local schools in order to promote education and vocational training. Students from approximately 55 secondary schools in São Paulo and its surroundings will receive visits from Competitors from different countries providing cultural exchange and career learning opportunities.