Canadian Contractor Salary Survey: One in four contractors up 15% in gross sales

23% of the almost 400 contractors who filled out our online Salary Survey, said that their business was up more 15% or more last year

For many of you, yes.

Almost one-in-four (23%) contractors told us, in our recent Canadian Contractor Salary Survey, that their sales were up 15% or more last year.

Here is the complete chart.  This is based on the 377 contractors who sent us their numbers in December 2014 and January 2015. 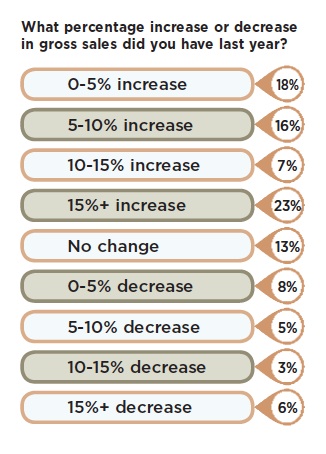