Which is better value? A $38-million renovation or a new-build palace for less than half?

When it comes to homes big and brassy, everything that’s old is new again, and everything that’s new is made to look old again. Two of Canada’s most famous publicity hounds, Prime Minister Justin Trudeau and Toronto-born rapper Drake, know how to ‘go big or go home.’ Both have houses either under extensive renovation or under construction from scratch. Given the considerable scope and cost of the projects, it’s worth considering the similarities and differences of each.

24 Sussex; making an old building new again
It is generally acknowledged that 24 Sussex Drive, the traditional home of Canada’s Prime Minister for almost 70 years, needs serious renovation. Back in 2008 during the lean days of the Harper era, the National Capital Commission, owners and operator of the building, estimated that $10 million would be required to bring insulation, wiring, mechanical, windows and other basics up to present day standards. That increased to $13.5 million when landscaping changes to better secure the property were taken into consideration. 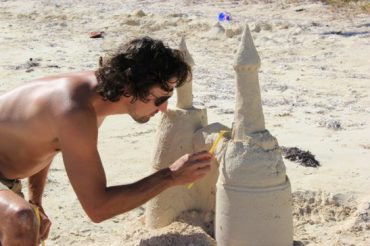 Later, news leaked out that another $12-million would be required to build an extension annex and to replace the pool and pool house built for Trudeau’s father in 1975, paid for then largely by private donations. The on-line Canadian political publication iPolitics then reported that the total cost had crept up to $38 million for the whole job according to documents they had obtained from Marshall & Murray Incorporated, development consultants, and Ottawa-based KWC Architects.

After these new estimates were released, a survey by Nanos Research Group indicated that 54 per cent of Canadians surveyed coast-to-coast felt the old pile at 24 Sussex Drive should simply be taken down instead and a new home built from the ground up.

Given the $38-million estimate for the Sussex Drive renovation, it’s worth considering what Canadian rapper Drake (full name Aubrey Drake Graham) is getting for almost half that amount for his new-build palace at the north end of Toronto, particularly when one learns about the over-the-top lifestyle touches Drake is including in his abode. 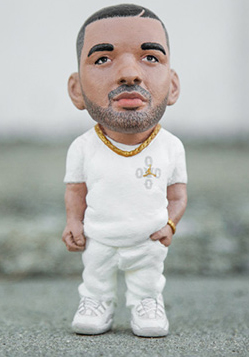 Toronto born rapper ‘Drake’ has much in common with Prime Minister Trudeau such as a love for the camera. However, like his fortune, Drake’s home will be built from the ground up

Drake built his palace from the ground up, just like his fortune
Drake’s opulent hideaway is in the Toronto suburb of North York, in the exclusive Bridle Path neighbourhood. The area boasts such luminary residents as former media baron and convicted felon Conrad Black, singer-songwriter Gordon Lightfoot, and a sundry assortment of real estate and business tycoons. Drake bought the property for $6.7 million last September through a numbered company in Nova Scotia, and tore down the existing house.

The 29-year-old Drake gained his wealth, estimated in 2016 at $60 million by Forbes magazine, the classic rags-to-riches fashion. way. Raised by his mother in the basement of a rented Toronto townhouse, he was a child star on the Canadian TV hit series Degrassi: The Next Generation back in 2001. In addition to his recording and personal appearance empire, Drake is also the ‘global ambassador’ for the Toronto Raptors, a local basketball team. Drake already owns a mansion in Hidden Hills, California which he purchased for an estimated $8 million in 2012.


Plans, photos and videos reveal that for his money, Drake will get a faux-17th century Versailles look-alike with a stick frame substructure covered in plywood sheeting, then sheathed with stone facing.  The enclosed 21,000 square feet of living space includes an indoor basketball court, colonnaded pool, trophy room containing a collection of old sports team jerseys (which 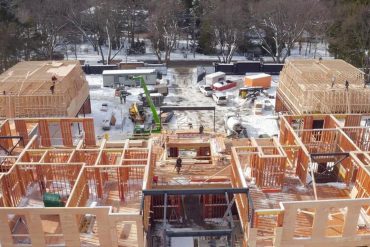 Drake’s massive 21,000 square foot palace in North York, ON has a under-structure of 2x6s and plywood.

the publicist calls “important artifacts”), champagne and wine tasting rooms, and a spa retreat including a hot tub along with other features now commonplace in the homes of global media stars. Although estimates of costs have not been released, they are expected to be less than half of the $38-million Sussex Drive renovation.

Elements of Drake’s plans contravened municipal zoning, forcing a request for a number of minor variances. For example, the planned driveway exceeds the nine metre maximum, the building itself is several metres higher than the 11 metres allowed, and has too many large outdoor platforms (rooftop terraces). Landscaping plans also called for the cutting of about 30 trees. Construction has proceeded nevertheless.

Who’s getting the best value for their money?
In this context, does the renovation of 24 Sussex Drive make sense?