CONTEST WINNER! How should Wes handle a grumbling, long-time employee?

In our Sept/Oct issue, we gave you the following WHAT WOULD YOU DO? case study. We had a number of entries and our winner is below.

To sum up the dilemma…

After 12 years of solid work with Wes McGruer’s painting company as right hand man, Curtis has started grumbling about his role and his pay. It’s having an effect on two younger painters, Ross and Phil, who are becoming discouraged enough to consider leaving Wes’s company. Wes has to decide how to deal with Curtis. Does he let him go, pay him a standby fee during slow periods, tell him off, or spend more time with him on the work site?

We received dozens of excellent responses, with the strong consensus being that talking to Curtis one-on-one was of paramount importance. After all, he has been working for Wes for a dozen years, is highly skilled, and as one respondent said, “It’s very hard to find good experienced and qualified people.”

Only after such a conversation can Wes determine if he can effectively deal with Curtis’ concerns, be they financial or personal.  Curtis may have a personal story behind his recent attitude. At 41 he might be having a mid-life crisis and wonders about his future. Perhaps financial obligations are making his hourly wage payment a problem. Or maybe it’s just time for him to leave. Without a conversation, Wes can’t begin to understand.

“It’s possible that there’s more to Curtis’ negativity than Wes realizes, so the conversation should start by inviting Curtis to tell him about what his biggest challenges and concerns are,” explained Daniel. “Wes should remind Curtis of his expectations. It’s not at all unreasonable for Wes to expected Curtis to be professional enough not to complain to the other guys. He should explain to Curtis that he expects him to maintain a positive attitude on the job.” 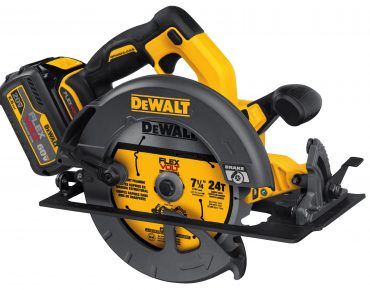 Not everyone was in agreement.
Here is a selection of thoughts, as expressed by some respondents (with edits)…

“If Wes expects Curtis to mentor the younger employees and be on site, he should be compensated with the title of supervisor and the pay to match…  If his bad attitude escalated or did not improve then termination would have to be discussed before the younger hires take on the same attitude.

“Take him out for lunch a few times…. My guess it may be that there is some jealousy involved”

“It could be best for Wes to give Curtis a chance to fix his behavior by letting him know how serious the situation is … offer him a chance to either become the mentor and the leader that Wes knows he can be. Ask Wes to show maturity and respect by bringing his wage concerns and work requests to Wes directly, or to move on to another company… Future negativity can’t be tolerated”

“Tell Curtis to stop complaining to the guys and come to him directly if he’s having problems.”

“I would have a talk with Curtis and explain to him about his bellyaching… and if he doesn’t like it maybe it’s time he moves on.”

“A lot of complaining can indicate a restlessness in an employee. He needs to be given an ultimatum: get the right attitude, and stop bringing down the crew, or move on.”

“An old grumbler will not stop grumbling just by having a talk with him or by paying him a few more dollars.”

“I like to look at the glass as half full vs half empty, and firing someone should only be your last recourse.”

“Wes should ask Curtis how he thinks things could work better because usually where there is a complaint there is also a solution already in mind.”

Our next ‘Dilemma’ is coming soon!
Look for details on this web site, or in our upcoming November/December print edition of Canadian Contractor.

Related
CONTEST CLOSES THIS WEEK! Should Wes give his senior painter the brush-off?
WINNER of our March/April ‘What Would You Do’ contest!
We have a “Dilemma Contest” Winner!
What Would You Do Contest: The winner is…