While Jose Julio DeNobrega is fined over $50,000, the warning is clear for all contractors

Consumers can be easily misled by individuals falsely claiming to be a licensed electrician, simply because they are less knowledgeable. It’s an ongoing educational battle for safety authorities across the country. However,  when a general contractor is misled, it reminds the industry of the importance to conduct proper due diligence when hiring electrical contractors.

Multiple sites, multiple hazards
A press release from the Electrical Safety Authority in Ontario (ESA) outlines how serious the situation can become.
“Jose Julio DeNobrega pleaded guilty to 45 charges in total, including multiple counts of working without an electrical contractor’s licence, not taking out an electrical permit, unauthorized connection of power, and leaving an electrical hazard. He also pleaded guilty to one count of issuing a false document. Much of the electrical work DeNobrega did was found to be non-compliant with the Ontario Electrical Safety Code. The most serious instance was when DeNobrega removed an electrical meter from an apartment building wall, leaving live wires and electrical parts exposed to the public and putting himself at major risk of an electrical injury. If someone touched the exposed wires, they could have received a fatal shock.”
According to the ESA release, DeNobrega had been known to operate also as Phoenix Electrical Contractor. 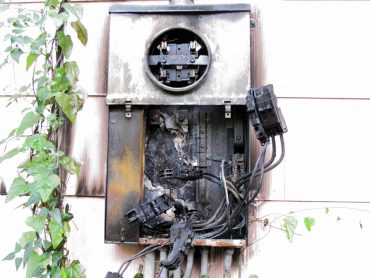 “A licensed electrical contractor offering services to the public, including to a general contractor, is required to provide his licensing information,” Normand Breton, Director of Contractor Licensing at the ESA, told Canadian Contractor. “They are obligated to advertise their license. It should be on their quotes, on their invoices, and on their website. It might also be on their card and on their truck. Furthermore, a licensed electrical contractor is obligated to pull a permit requesting an electrical inspection, and the contractor should have a copy. If any of these things don’t go that way, the contractor should be suspicious.”

“DeNorbrega got the work by virtue of using a false document, a license that didn’t belong to him, which led the contractor to believe he was a licensed electrician,” Breton said.  “When this came out, the contractor was very concerned, very cooperative, wanted to do the right thing, and gave the locations of other sites, which led to the multiple charges.” 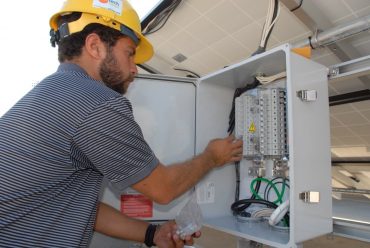 Make license verification part of your company’s overall due diligence
The lesson here is that due diligence by the general contractor is critical.  Given so many other things that must be checked-off when undertaking a project, like workplace and worksite liability insurance for example, there is no reason why contractors shouldn’t also be taking the time to verify the legitimacy of electrical contractors brought onto to their job sites. DeNobrega providing a license number that didn’t belong to him was something that could have easily been discovered in advance by the contractor.

Consequences for both the guilty and the contractor
“When you’re working in the industry, you should know who you are hiring. You need to protect yourself,” Breton said. In fact, there are serious consequences to the contractor if unlicensed work is performed. Of course, the guilty individual can be jailed, or fined, or both. However, the liability issue for contractors can be enormous, particularly if the work done is found to be faulty or dangerous, as was the case at many of the locations where DeNobrega worked. Breton pointed out it is quite straight-forward for a general contractor to verify a licensed electrician. Simply using the ESA’s on-line lookup tool will determine whether the license number provided matches the name of the company listed, or if the company or individual is even listed in the first place.

No Comments » for Contractor misled by phony electrical contractor