Yvon Richer had been advertising his unlicensed electrical services for several years, including on Kijiji. You can’t do that, and Ontario’s Electrical Safety Authority (ESA) together with the courts finally caught up with him.  On Sept. 13, 2017, the Orleans, ON man was fined $10,000 plus another $2,500 in victim surcharges by an Ottawa court. Richer himself did not defend himself, did not enter a plea, and did not appear in court. 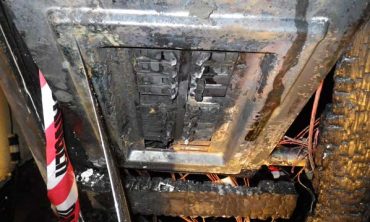 There are numerous risks associated with hiring an unlicensed electrician, liability being only one of them

A history of legal entanglements and convictions
It’s not the first time Richer has been charged and convicted regarding unlicensed electrical work. An ESA release stated that, “In 2014 Richer was convicted by Provincial Offences Court in Ottawa on two counts: working without an electrical contractor’s licence and failing to take out a permit for electrical work. He received a fine of $1,000 plus a victim fine surcharge on each count.” The work undertaken at the time involved a basement renovation where Richer did a 200 amp panel change while the service was still live.

Richer has had other entanglements with the authorities. In 2006, Ottawa Police Firearms Task Force raided Richer’s home in Orleans following a tip regarding a cache of illegal weapons and possibly dynamite. In a local report at the time, Richer was described as an “electrician.” Although the search found no such weapons or explosives, it was reported that “a quantity of drugs was found on scene.” No charges were laid.

Richer is also listed by the Better Business Bureau of Ottawa as the principal of a company calling itself Coop Electrical, on Maurice Street in Orleans, ON just outside of Ottawa. Attempts to reach Richer by phone were met with a recording stating that his number was not receiving any incoming calls.

Why do they do what they do?
It’s hard to imagine what goes through the minds of those already convicted for unlicensed electrical work who then continue to advertise those services on-line, let alone those who hire them despite the liability risks. Normand Breton, Registrar of Contractor Licensing for the ESA, told Canadian Contractor that there are over 7,800 licensed electrical contractors in Ontario and considerable resources available from the ESA, including their online look-up tool, to help homeowners and contractors identify them. Perhaps it all comes down to the ongoing issue of the underground economy.

Online advertising of service is a continuing problem for licensing organizations
Although the  ESA concedes, “online sites and referrals can be a good way to source trades,” advertising unlicensed services on Kijiji is also an ongoing problem for organizations like the ESA. In their recent release, the organization said they receive hundreds of reports concerning illegal electrical work being conducted in Ontario, including reports of contractors advertising illegally. ESA’s licensing team has in fact developed a strategy to intercept illegal online advertising. “Over the last few years there have been multiple investigations,” Breton told Canadian Contractor. “More recently, the ESA has been working with Kijiji in particular, and have removed about 70 per cent of the ads identified,” he said. “The challenge however is that although the ads are removed, the advertiser will repost, sometimes under a different name,” he said.

In the meantime, the ESA is looking for others who have may have been past customers of Richer’s unlicensed work and asking them to come forward.