“We’ll lose 40% of our construction workers over the next 10-15 years. And here’s a potential workforce of combat veterans who need a career.” That’s a message TV (and real life) contractor Damon Bennett wants everyone to hear.

Damon is familiar to Canadians due to his 10 -ear television stint as Mike Holmes’ right-hand man, the guy who brought in the crews to do the heavy lifting. Now that he’s left the show, he runs Bennett Building Company, has affiliations with other companies in the home building industry, and acts as a product ambassador for a range of building suppliers.

Two things you need to know about Damon Bennett
Number one, Damon is first and foremost a construction industry lifer. “I’m a real contractor and always will be. I left home when I was about 15 and went into the construction industry full-time. My whole family is into the trades. They gave me the passion about doing a good job, working hard, making sure there are no loose ends before you leave the job site.” 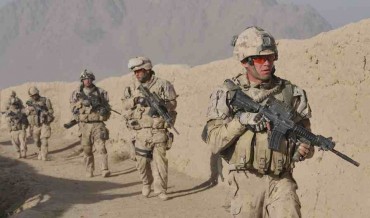 Second, Damon is passionate about Canada’s military history and the current plight of this country’s veterans.

“I come by it naturally.  I had two great uncles in the Second World War and remember my grandmother sitting me, going through the pictures of her brothers in their uniforms, and how proud she was. I think that’s where my passion really started.” It continued as he grew up in a small town near Ottawa. “You’re surrounded by veterans, surrounded by monuments. You develop massive respect.”

Thousands of highly trained professionals have been cut adrift
It’s not surprising then that Damon was fired up when he read about Canadian veterans struggling to re-build their lives after leaving the forces. “It’s nauseating. There are over 2,000 homeless veterans in their late 20’s and early 30’s sleeping on the streets right now. It’s a whole generation of people.” Even more Canadian veterans are in need of a career re-boot, left adrift by a system that has largely ignored their plight after leaving the forces. Yet they seem a perfect fit for work in the construction industry.

Returning vets are just what the industry needs 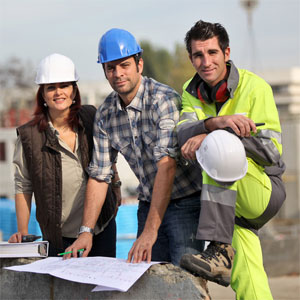 “Putting veterans in a construction crew is like the Front Line, doing things other people can’t. And they really, really enjoy it.” Damon Bennett

Damon hired veterans to join his crew during his Holmes years, and uses them today. He has nothing but the highest praise. “They’ve been awesome. When they’re back in a group attitude, they just blossom. They’re hard working, they’re intent on learning, they’re diligent and polite; they’re everything you could ask for, and that’s because they were soldiers.”

Take Glen Coyle. Glen is now 33. He joined the military at age 19, trained in the highly disciplined area of reconnaissance, had a 6-month tour of Afghanistan, and left 7 years later at age 26. “What happens is when you get out of the forces, you’re in limbo. It’s tough to find motivation.”

Glen was lucky to meet Damon and get hired as part of the crew. “It was like winning the lottery. It started a completely new path for me in construction.” Others haven’t been so fortunate. “You go overseas for your country and you’re on top of the world” Glen explains. “When you get out, you’re at the bottom of the totem pole. For a lot of guys to be at the bottom after 10, 15 even 20 years is really difficult.”

Hiring veterans makes everyone a winner
It seems like a perfect fit. That’s why Damon takes every opportunity to speak about the benefits of bringing Canadian military veterans into construction. He advised on Kijiji’s 2015 initiative to post ‘vet-friendly’ jobs on their career web site. He’s worked with programmes such as Helmets to Hardhats, Canada Company, and Wounded Warriors Canada.  It all comes from the heart. “I ask nothing from them; what I want to do is give to them. I’d like to increase the respect given to these people for what they’ve done for our country first of all, and second of all I’d like to put out a hand to them.”

Glen gives Damon a full salute. “I’ve never seen anyone put so much passion into this as Damon. He not only ‘talks the talk’ but he ‘walks the walk’. I’m a perfect example of that.”

Join Damon and learn more about how your business can benefit from the redeployment of Canadian military veterans.

Related
You’re in the Army now, Damon Bennett!
Helmets to Hardhats program helps put Canadian Forces veterans on the tools
Us military guys (are perfect for residential building)… when we’ve got a job to do, we know how to work together and get it done.
Damon Bennett emphasizes hiring from the top down