Tesla stays in the news; the messages are mixed

The hype over Tesla’s new solar roof tiles continues. Excitement is building, with thousands of consumers placing $1,000 deposits on a solar roof system that exists today only on paper. Maybe it’s time to review what’s been announced and said over the past few weeks.

1. Tesla’s business health is subject to debate
Many financial analysts have been stunned by Tesla’s continued investor appeal. Over its 14 year history, seven as a publicly traded company, Tesla has never made a profit. Its corporate bonds hover near junk status. Some say the company teeters on bankruptcy, while others believe a new stock offering to raise more cash is inevitable.

Tesla’s stock price has plunged over 20% in the last couple weeks, with news that the Model 3 car deliveries may not be at expected volume levels.

Tesla today is essentially a car company. Its recent stock price surge (NASDAQ:TSLA) over US$375 briefly made the company the third most valuable automobile manufacturer in the world, behind only Ford and General Motors and slightly ahead of BMW. However, the price plunged last week to around $325, with Goldman Sachs dropping its target price to $180.

Consider this; with the arrival of Model 3 this month, Tesla aims to increase its production and delivery targets to reach 500,000 cars by 2018. However, they delivered only 80,000 vehicles last year as compared to two million vehicles produced by BMW.

2. Telsa solar roof tiles are sold out until 2018 or beyond
As consumers send in their $1,000 deposits ($1,330 in Canada, credit cards accepted) for the unproven Tesla solar roof tiles, reports indicate that demand over the first 16 days after release was so high that new orders won’t see the light of day until late 2018. Which market gets the first batch of product is not confirmed, but all bets are on the home U.S. market, certainly not Canada. This is a similar situation to the soon-to-be-released Model 3 automobile —demand out-stripping production, leaving those with deposits waiting months, maybe years, before their cars finally comes out the factory door.

3. Installations not starting any time soon
Tesla originally announced that installation of the solar roofs would begin this summer in California. However, that has been pushed back to an unknown date. Mass production of the solar cells is expected to begin in August, at a factory in Buffalo NY owned by Panasonic.

4. How will Tesla solar roof customers finance the deal?
Not many customers are likely to have the estimated US$50K to $100K in cash necessary for the deployment on typical homes. Will Tesla offer some form of financing plan?

5. It’s a whole roof system, not a retrofit
Although the company estimates a five to seven day installation, comparable to other material, what Tesla’s UL certification application makes clear is that this is a whole-roof system, not a solar roof system to be retrofitted over an existing one, like many PV array systems seen around the country.

“Photovoltaic (solar) shingles/tiles, Model(s) Solar Roof, model No. SRxxxxxx, for installation over minimum 15/32 in. thick plywood decks as a Class A prepared roof covering when laid over one layer Georgia-Pacific Gypsum LLC “DensDeck ® Roofboard” with all joints staggered a min of 6 in. from the plywood joints followed by one ply UL Classified underlayment, followed by nominal 1 x 2 in. wood battens installed per manufacturers installation instructions. These solar shingles/tiles are also for installation as a wind resistant roof covering. Degree of wind resistance investigated in accordance with Procedures adapted from ASTM D3161 at a wind speed of 110 mph (Class F).”

Not only that, it’s also possible that some municipalities and regions may see a Tesla roof installation on an existing home as a significant upgrade and therefore an opening to force homeowners to bring other aspects of the home up to current code. That potential is not mentioned in any Tesla literature. 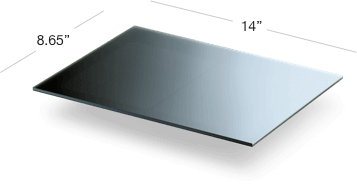 The colored tempered glass roof tiles have an infinite warranty. What about the solar cells underneath or the PowerWall storage system?

6. Questions abound concerning the homeowner economics of Tesla roofs
In the U.S., critics question Tesla’s assumptions of a steadily increasing electricity costs (2 per cent annually). Electricity rates, of course, vary from state-to-state in the USA as they do in Canada. In fact, many see electricity costs declining over time, not increasing, due to cost reductions for producing electricity using solar technology.

There are also local variables in terms of sales tax which are not included in the overall costs, solar incentive programs which may disappear over time, and higher real estate assessments that could impact property taxes.

7. Tesla’s PowerWall storage system reduces economic attraction
Although Elon Musk, CEO of Tesla, has proudly announced an infinite warranty for the tempered glass roof tiles themselves (not the solar cells underneath), there are questions regarding the system’s PowerWall battery storage. It has a much shorter warranty and likely a shorter effective storage life, meaning that both will likely require replacement over time, something not accounted for in Tesla’s estimates of lifetime pay back. Some reports indicate that as a result, the ROI (Return on Investment) on the entire system may not be as promising as the company has claimed.

8. Cost-per-square-foot versus Cost-per-watt
Tesla likes to compare pricing of their solar roof tiles on a square-foot basis to traditional roofing materials. However, that is only valid if your idea of ‘traditional’ roofing includes slate and clay tile. Those are expensive benchmarks.

Furthermore, many experts suggest that the correct way to consider the cost of a solar roof is based on watts-per-square foot. Given that Telsa muddies that further with their bundled mix of inactive and active tiles (the entire roof does not require solar generating tiles), the actual dollar cost for a given house is somewhat unclear.

However, on a rated watt-per-square-foot basis, Tesla’s system falls short of traditional solar roof systems. That’s in part due to Tesla’s coloured coatings and louvres that give them their street appeal in the first place but reduce solar efficiency.

In fact, some solar media experts like Green Tech Media estimate that the cost of Tesla tiles are US$6.30 +/- $0.50 per watt, far above the current average price of $3 per watt of regular array systems. And when compared with a DIY scenario, these experts also say that declining costs are reducing a DYI install cost down to around $1.50 a watt, and likely to get even lower as time passes.

So many questions; not too many answers.