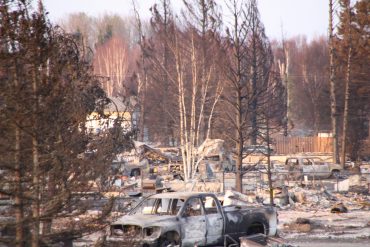 work about a year ago. However, the Fort McMurray Construction Association was apparently not included on that list. According to the Daily Commercial News, since the ESRD is overseeing and awarding cleanup contracts related to the recent fires, FMCA members cannot be employed.

Fort McMurray contractors need to support their families
This is a major frustration for the FMCA and its president Charles Iggulden. He says that his members are now out of work, need to support their families, are eager to clean up their own community, and are geographically located closest to the action. The DCN reported that in a letter sent to both to Premier Rachel Notley  and the Minster of Agriculture and Forestry who oversee the ESRD, and published in the DCN, Iggulden said: “Notwithstanding the economic conditions many of the businesses in Fort McMurray were dealing with prior to the fire, the Fort McMurray Construction Association has concerns that the Alberta Government and other authorities will ignore the fact that Fort McMurray has a large supply of contractors and equipment who can assist with the needs of Sustainable Resource Development to aid in the fight of the fire and the subsequent cleanup….By ignoring our local contractors at this stage of the fight, you may actually be inflating the cost associated with rebuilding as these contractors may have to close down their businesses.” As of May 12, no reply had been received.

FMCA receives support from other associations
Despite a lack of both support and response from either the Premier or the Ministry, construction agencies from around the region have pledged financial assistance to the Fort McMurray association. The Edmonton Construction Association has done so already and Grand Prairie Construction Association will once the FMCA reopens its offices. This somewhat mitigates the absence of vital association fundraising, since initiatives such as lunches, golf tournaments and other events have been suspended, perhaps for as long as one year. In the meantime the FMCA, forced out of their own offices, is running day-to-day operations from a location in nearly Bruderheim. 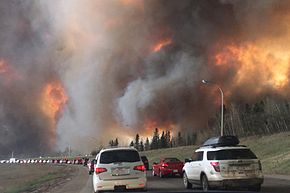 Furthermore, the FMCA has been working closely with the Regional Emergency Operations Centre, providing, for example, comprehensive lists of member contractors. This in turn has resulted in the Regional Municipality of Wood Buffalo hiring FMCA members to fight fires outside of the evacuation area itself.

Calls for provincial coordination in the re-building process
Efforts are now underway to prevent Wild West opportunistic business operators causing confusion once non-essential workers are allowed into Fort McMurray. One company executive told The Journal of Commerce there could be conflicts between short term and long term commercial interests. “Hopefully after 60 days or so, some of the excitement will die down and it will be less about people trying to shoehorn their own commercial interests into the community and we’ll actually have a co-ordinated effort to clean up and rebuild.”

Jim Rivait, CEO of the Alberta branch of the Canadian Home Builders’ Association, is hopeful the provincial government will help maintain some level of coordination. He told The Journal of Commerce “You can’t just start 2,000 houses all at once, there’s absolutely no way… It’s going to have to be done in some sort of a sequencing, and it’s going to have some focus to minimize the number of companies in a particular area at a particular time, otherwise it will be a free-for-all.”