Generation Lost: Where are the new, young, skilled trade workers?

Is the shortage of new young tradespeople impacting your growth plans?

Across North America, growth in the home building and renovation industry is threatened by an on-going shortage of skilled trades workers, and it’s been going on for years. At a recent forum in the United States, John Courson, president and CEO of the Home Builders Institute recognised that while the problem is obvious, the solutions require more than the industry simply complaining to itself about it. Courson suggested that the issue needs the attention and engagement of the general media and government officials at various levels. Basically, the industry is failing to appeal to an entire generation.

What goes around, comes around
The labour shortage is magnified during a downturn in the economy. Typically it’s the younger members of the work force who are let go as companies downsize. When the economy and demand picks up again, those young workers have moved on, leaving a vacuum. The experienced workers who held their jobs get progressively older, thus the generation gap is created. It’s not a pretty picture for the future. In fact, over 90% of U.S. builders surveyed feel that labour shortages are preventing them from expanding their businesses.

Labour shortages then find themselves filtering down into the home industry in other ways, impacting for example the availability, and therefore the affordability, of housing. High prices due to housing shortages obviously force many first-time buyers out the market.

Somewhere along the line, the instinct for boys and girls to build stuff gets lost

What happened to the child’s instinctive love for building stuff?
What’s known is that today’s young people are not seeking work in the skilled construction trades in large numbers. In a world dominated by technology, many simply feel their prospects for work at good wages will result from a university or college degree followed by a career in technology, or at least something white collar. Tara Sinclair, chief economist at Indeed.com, feels that the pressure to get a college or university degree is mis-guided for many young students. She feels young people don’t explore other options that might in fact be better fits for them.

The building trades suffer from many other misconceptions, including social acceptance. Today’s culture tends to denigrate careers in the trades, aided and abetted by an education system that by and large is focussed on preparing students for college and university. 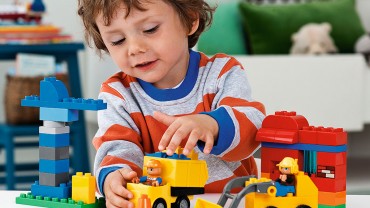 Long-standing prejudices need to be addressed
Building trade work is also regarded by many as back-breaking, physical work, which is of course mis-leading. Safety regulations and new construction technologies have advanced considerably, not only allowing women to work alongside men (another bug-a-boo that needs discussion), but allowing all workers to enjoy long, rewarding careers. Physical work? Yes, but not endangering to one’s health by any means.

Yet modern construction is filled with innovation, both in materials, techniques, and technology. The wages are good, often higher than those found in the cubicle-lock of a tech job. Building something needs to be marketed by everyone in the industry as something ‘cool’. It’s a matter of perception and attitude.

Apprenticeship and training programmes are helping in Canada; however the education system needs to do more. Not everyone can or should go to university, yet at the same time, high school grads need to find their own way as adults, and that means finding work. The building trades seem like a good fit, if the industry itself can get the message across.

We’d like to know what you think:
Do you have trouble finding young workers to fill skilled trade positions in your company?
Where do you find the best young recruits?
Is the shortage of new young tradespeople impacting your growth plans?

8 Comments » for Generation Lost: Where are the new, young, skilled trade workers?