Getting safety training – then working unsafely

This is the definition of insanity 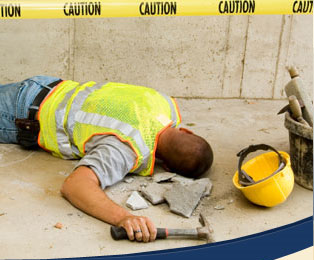 At CARAHS, we do our best to teach people how to stay alive on construction sites.

We train Ontario workers, for example, about the new Working At Heights (WAH) rules.

But will this course save the workers we teach? Will they learn common sense from attending it? Will they work safe afterwards?

One worker who didn’t learn from taking his WAH course (not with us), was found by his workmates, recently, lying on the ground after an 8 foot fall.  He had been working alone. It’s crazy, he was still waiting the arrival of his official Ontario government WAH card. Had he received it, it might have been in his pocket as he fell.

So it’s obviously NOT all about training. It’s all about having the common sense to USE your training. Here’s what I posted last week…

Another residential roofer takes a plunge

“It is the responsibility of the individual to protect themselves against harm. Nobody can safely climb a ladder for you”

I believe Chris brings up a great point with his honest comment. Employers send workers to courses, pay for them to attend, pays the course costs and yet some workers fail to learn about protecting themselves.

That WAH-trained worker who fell is  still under investigation by the Ontario Ministry of Labour inspectors. In the meantime the head of his very concerned supervisor is on the chopping block and he could easily become responsible for this worker’s lack of common sense.

Common sense is not common enough. When we don’t use common sense re: safety rules, it seems unfair that our supervisors and bosses often take the blame. Chris Langman is right on that score..

It all comes down to character and patience. If we gamble running amber traffic lights on our way to work every day, chances are we will take the same calculated risks at work.

We should all show some patience, slow down and stay alive.

Related Stories
Deadline to get your Ontario Working At Heights training extended to Oct. 1
Caldwell: Why can’t safety training be standardized Canada-wide?
Who really needs Working at Heights training in Ontario?
Ontario Ministry of Labour consults on hazard awareness training for every construction worker