April Fool’s if you missed it: “Glass toilets confirm Liberals’ number one and number two priorities”

Editor’s Note:  Note the posting date of this item for clarification

Clear toilets in government washrooms? Canadian Contractor has learned that the federal budget tabled in Parliament last week included a commitment to replace all ceramic toilets in federal government washrooms with see-through versions. “The Liberal government is committed to transparency at every level, and there is no better place to start than at the bottom” proclaimed a senior purchasing manager with the Ministry of Central Services. “There are approximately 150,000 federal toilets in Canada. The roll-out of the new clear toilets will therefore go on for years, but is proof that increased transparency is this government’s number one and number two priority.” 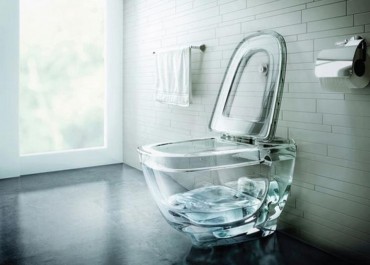 Clear toilets part of overall transition to transparency
While the costs of the new clear toilets were not released, the overall budget for this and other washroom improvements in government buildings is estimated at $550 million. This includes not only the replacement toilets but new glass cubicle partition walls that are part of these renovations. “Glass partition walls for toilet cubicles go hand-in-hand with the movement towards clear toilets. It only makes sense” continued the Ministry spokesman.

Self-detection of diseases means learning if urine trouble
The Ministry of Public Health issued a statement in support of making government washrooms fully transparent: “There are health benefits that cannot be ignored and proven around the world. In many cultures, examining one’s stools and urine is regarded as an important self-diagnosis process that can lead to the early detection of disease. By allowing the cubicle occupant and their neighbor to work together, glass toilets and partition walls will pay for themselves in health cost savings over time.” 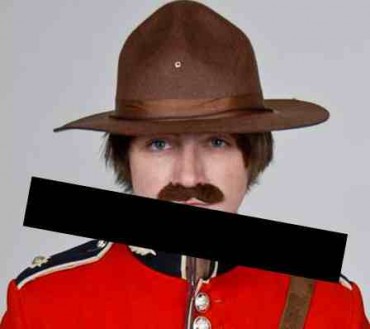 Flushing out crime risks behind closed doors
Canadian Contractor also contacted tough-talking, senior RCMP officer Sergeant Scott McFeeley of 27 Bainborough Drive, Kanata Ontario (right), who agreed to be interviewed off-the-record with the promise of anonymity. He congratulated the PM Justin Trudeau for his leadership saying, “The government may not have any business in the bedrooms of the nation, but we have argued for years that the nation’s ‘business’ in the toilet needs monitoring. Increased surveillance of washroom activity allows us to log a mass of critical evidence and determine exactly what kind of crap is going down in government cubicles.”

Sunny ways ‘where the sun don’t shine’
The decision to install clear toilets and cubicle walls has been endorsed by several leading interior designers who cite the benefit of increased natural light in an otherwise gloomy washroom setting. One designer, on retainer with the federal government for renovations at 24 Sussex Drive (estimated at $25 million, give or take $10 million), was effusive with praise. “Toilet cubicles are typically small, cramped and, quite frankly, claustrophobic. Anything that can be done to brighten the atmosphere must be seen as mood-enhancing; everyone knows how uplifting a positive washroom experience can be! It’s wonderful that the Prime Minister’s commitment to ‘sunny ways’ will shed light in an area where the sun does not normally shine.”

Want to learn more on this topic?
Who invented the flush toilet?
Who invented toilet paper?
How is glass made?
The importance of examining stools
How much money did the Canadian government waste in 2015?