Grounds for dismissal, or a reprimand? Take our quiz!

There are 2+ sides to every story. How should you handle bad behavior?

As an employer, there are certain things you cannot tolerate within your company or on your job sites; inappropriate remarks, cheating, theft, physical threats or violence for example. Do you fire someone, or is maybe a severe reprimand the better alternative? Either way, it’s a tough decision. 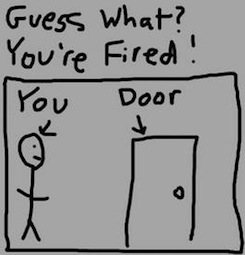 Seen these before? Tell us your verdict!

1. Making sexist or racist remarks
George thought the female sales representative from the flooring company was hot. So when visited the site a second time for room measurements, he made a very direct comment about how she looked and how much he’d like to ‘entertain’ her. The site manager was incensed when he heard the complaint from the representative.

For his part, George thought it was all in good fun. ‘Where’s her sense of humour?’

Would you fire George, or give him a stern rebuke?

2. Telling your co-workers you’re looking for another job
Ivor was tired of just going to site after site and framing walls. He felt he should be moved up the ladder so to speak, and be offered more challenging work, like roof trusses. He made no secret about it; if he didn’t get promoted, he’d be searching for a new job with someone else.

The site supervisor got wind of Ivor’s chatter and figured the team didn’t need the negativity.

Would you promote Ivor, fire him, or tell me to ‘get with the programme?’ 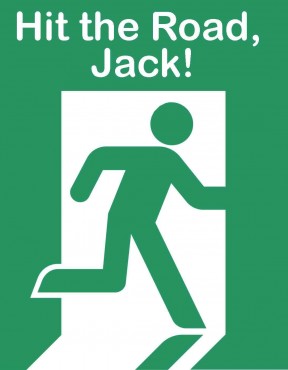 3. Fudging the time sheet
Mark really didn’t think anyone would notice, and even if they did, his ‘buddies’ would cover for him, Fact was, he was fudging his hours on the time sheet; coming in late, leaving an hour early on Fridays to go to the cottage; it was adding up to a lot of false hours. ‘What’s the big deal?” he told himself “I work hard when I’m there, so give me a break!”
However, Mark’s co-workers didn’t want to cover for his cheating and told the boss. Mark was not only cheating the company, he was cheating his team too.

Is this grounds for dismissal, or just a docking of pay and a reprimand?

4. Taking the company power tools home for the weekend
Dan’s wife was really nagging him to finish their back deck. “You’re a carpenter but our house is filled with half-finished projects!” So Dan started taking a few tools home for the weekend to keep the wife happy. First it was just one or two, then it was a bunch, including the company’s portable chop saw. No one noticed, until the site foreman asked a couple of the team to work a Saturday and they couldn’t find any of their tools.
Dan was caught red-handed Monday morning when he arrived on site. Dan called it “borrowing”; the supervisor called it “theft”.

Is this grounds for dismissal, or just a reprimand? 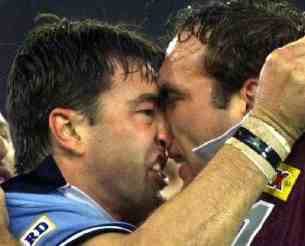 5. Physically assaulting a co-worker on the site
It started off as something Abe thought was a funny remark during lunch break about the way Joe’s wife held a pool cue when the team were socialising the week before. Joe didn’t see it as funny, and told him, graphically, to do something to himself that was anatomically impossible. Abe gave Joe a push , Joe pushed Abe back and ended up nose-to-nose yelling obscenities. Before you knew it,  Abe had punched Joe in the nose, there was blood, a lot of yelling, and everyone pointing the finger at Abe.

The site supervisor sent Abe home immediately, despite his protests that Joe started the pushing.

What’s the next step? Fire Abe, or get the two to shake hands?

Let’s hear from you!
Tell us how you’d handle each of these situations!

2 Comments » for Grounds for dismissal, or a reprimand? Take our quiz!