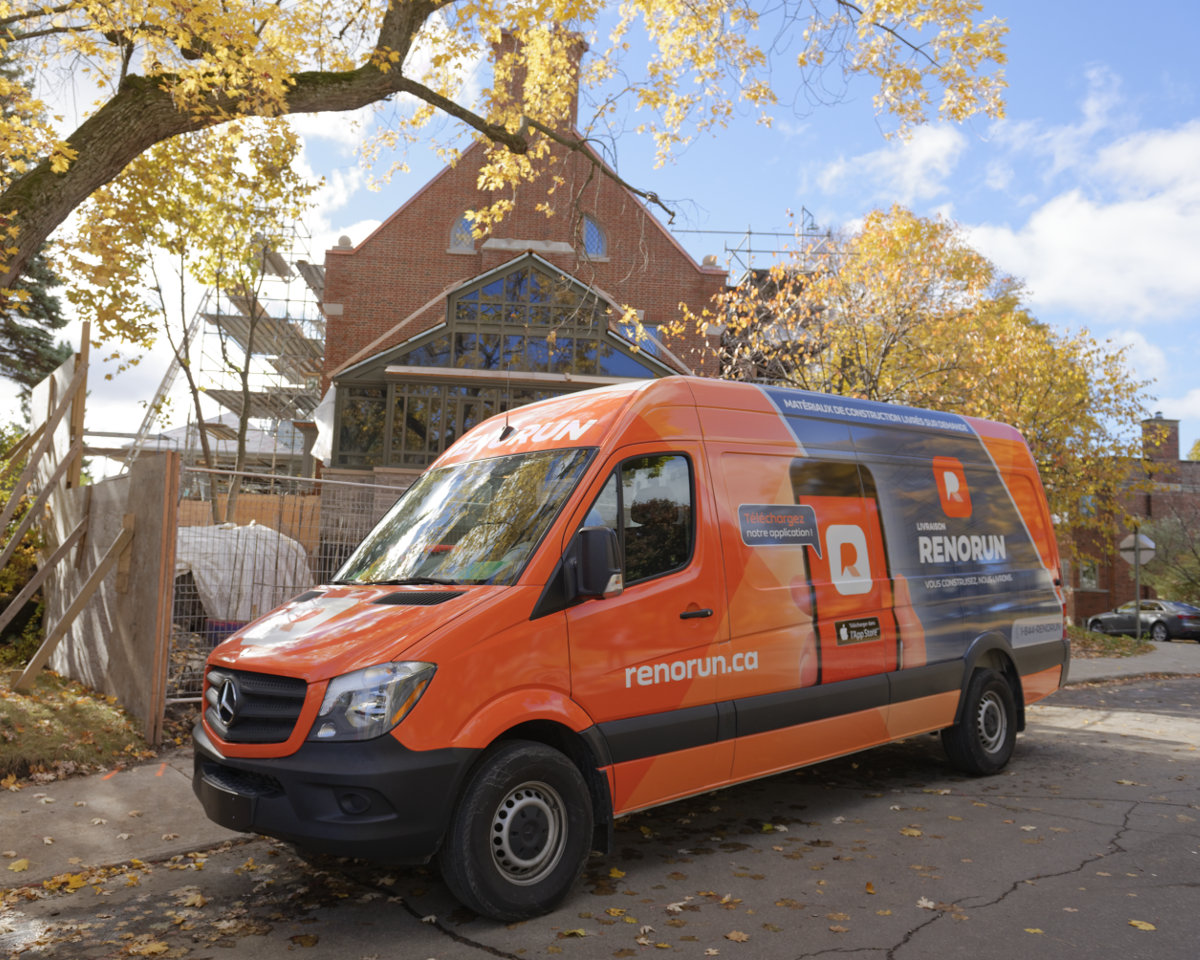 RenoRun, the Montreal-based developer of the construction material delivery service app with the same name, has launched a Pro version, the first subscription service of its kind.

Standard pricing for contractors is $60 per delivery, but by signing up for RenoRun Pro, they will be eligible for unlimited deliveries for just $100 per month.

The company was launched in 2017, expanding to Ontario later that year. The basic concept was borne from the challenge contractors faced when they suddenly ran out of a specific product needed to finish a job and would lose costly man-hours by having to send skilled workers to a building supply store to pick up more materials.

Instead of incurring that “massively costly” loss of a supply run, contractors can simply download the RenoRun app and order materials that will be delivered within two hours, says Chandal Nolasco da Silva, RenoRun’s Content Director.

“It’s insane the amount of time and money and inefficiency that goes into simply getting your materials to your job site,” she says.

In terms of quality control, the company has hired employees with industry experience that know how to properly vet product to ensure contractors are getting the best possible materials.

“We’ve got pickers inside Home Depot who are experienced in the building industry, so they’re going for the best quality materials,” Nolasco da Silva says.

Dubbed by the press as the “Uber of Building Materials,” RenoRun has internally adopted the moniker.

Offering delivery drop-off service between the hours of 8 a.m. and 6 p.m., the company is run by CEO and long-time contractor Eammon O’Rourke (see our exclusive interview with him here) and its early success has not gone unnoticed by the investment community.

In fact, the company recently secured a round of Series A funding of $22.5 million, a cash infusion that will help fuel expansion plans.

After opening in Toronto, RenoRun expanded to Austin, Texas, later in 2018, and will soon add a fourth city — probably in the United States and likely in the second quarter of 2020. Nolasco da Silva suggests there could be a second launch before the end of 2020 as well.

Ultimately, the company aims to expand nationally within Canada, but it first plans to saturate the Toronto market, she says.

On top of delivering anything that will fit in its trucks or on a flatbed, among the new features the company has recently launched are: Saturday deliveries; and walk-in service (instead of merely dropping off products outside, RenoRun will bring the products inside the job site).

RenoRun is currently using the tagline “We got your back,” and the play on words can be applied to both the business and physical support it provides contractors, Nolasco da Silva says.

“We want people to understand that we’re different,” she says.

“Every interaction that you have with us is going to be pleasant. We’re just here to make your life better. Stay on the job, let us bring you coffee, let us do the heavy lifting, let us destroy our truck.”

Related
RenoRun secures $22.5-million in investor funding
We have the technology in this industry. Why aren’t we using it? Report from The Buildings Show
DULUX: Canada’s fastest-growing paint brand?
Mortgage test adds stress, not affordability