Last week, he made a promise to existing home owners. Now the Conservative leader makes a pledge to first-time home buyers.

Following up on his campaign promise to re-introduce a Home Renovation Tax Credit and make it permanent, Prime Minister Stephen Harper has promised that if elected his government would raise the amount that first-time homebuyers can draw out of their RRSPs to buy a house from $25,000 to $35,000. 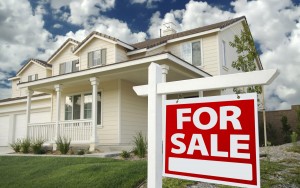 Campaigning in Vancouver, where house prices are quickly soaring beyond the reach of most younger buyers, Harper said a Conservative government would increase the upper limit of the Home Buyer’s Plan, which currently permits would-be homebuyer to withdraw up to $25,000 RRSP’s without penalty for a first home. The homebuyer would still have to pay back the funds within 15 years without the benefit of the RRSP contribution tax credit while replenishing the money.

Harper sees that $10,000 to $35,000 increase as important. “For most Canadians, the family home is their biggest asset and their most significant investment in their future financial security. It’s also the centre of their lives,” Harper said.

Since the plan started in 1992, more than 2.8 million Canadians have used the plan to help pay for their first home, according to the Canadian Real Estate Association in a release following Harper’s pledge.

Harper estimates the plan would cost the government $30 million a year in lost tax revenue starting in the 2017-18 fiscal year.

Home prices in Toronto and Vancouver have led the country in price increases for several years, distorting the otherwise rather flat pricing in other areas. The Prime Minister, recognising that foreign buying interest may be influencing these two markets in particular, promised to take a closer look.

“We need to ensure we have the necessary information to assess the situation and take action,” an announcement on the website for the Conservative Party of Canada said.

“We’re announcing that our government will commit to collecting data on foreign buyer activity in Canada’s housing market. We will take action in co-ordination with provinces, as necessary, to ensure foreign investment in Canada’s housing sector increases the availability and affordability of homes for Canadians.”