Editor’s note: We invite your feedback on the issue of red tape and bureaucracy! Please feel free to comment.

Home building and renovation continues to be one of Canada’s economic bright spots: a multi-billion dollar industry employing hundreds of thousands of skilled workers and generating millions upon millions in tax revenue. And like just about every other industry in Canada, it’s beset with bureaucratic red tape resulting in higher costs, long delays, increased inefficiency, and barriers to entry.

So what are we? Chopped liver? 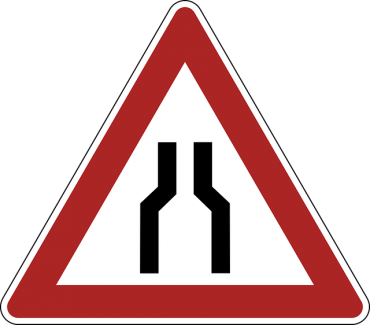 Makes you wonder why the province of Ontario has failed to include the home building industry in its on-going survey of industries under the banner ‘Red Tape Challenge’. After all, in their own words “Ontario wants to cut unnecessary red tape to save businesses time and money. Tell us how you think we can improve regulations to better protect consumers, employees and the environment…. Your feedback will help us modernize business regulations so that they are outcome-focused and evidence-based.”

If invited, there’s lots  our industry could say about the provincial red tape: Land availability, workplace safety, regulatory enforcement, and everyone’s pet, the WSIB come immediately to mind. However, the Ontario government, through the Ministry of Economic Development, Employment and Infrastructure (MEDEI) has chosen to survey only automotive parts manufacturing, financial services, mining, chemical manufacturing, and forestry.

Despite the snub, a discussion is needed!

Part 1: Land availability & approval timelines
Here’s an obvious and pressing issue for all builders and renovators. Normally permits, zoning and land use are municipal issues, and there’s certainly lots of bureaucracy and red tape to found there! But provinces are not without influence. 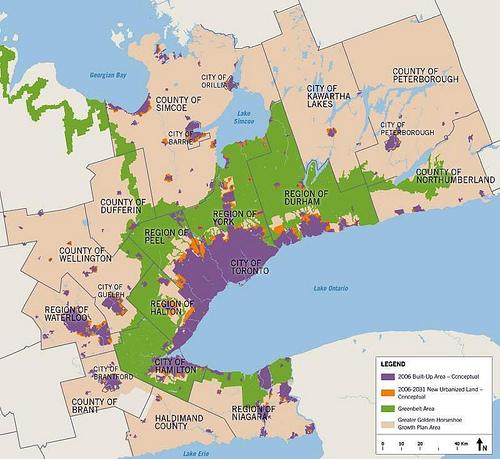 For example, in 2006 the province of Ontario enacted the Growth Plan for the Greater Golden Horseshoe, a plan that mandates municipal intensification. Even cities as far north from Toronto as Orillia (90 miles) are impacted. Councillor Ted Edmond told Canadian Contractor that 40% of all future development approved by the City of Orillia must fit the province’s definition of ‘intensified’, meaning it must be within existing serviced infrastructure. This impacts official plans for a number of municipalities like Orillia, not just the GTA itself. The resultant restriction on green field development could, in some cases, negatively impact the availability of land for single family housing.

The Fraser Institute in a 2014 study suggests exactly this: “Land-use regulations and intensification targets originating at the municipal and provincial levels are described as costly, preventing broader choice to consumers, and forcing smaller builders out of the marketplace…[and] a source of concern for the future affordability of housing.”

Municipalities across the country win Gold Medals for red tape, but who’s to blame?
When one reads about the 69,500 housing units in Vancouver delayed due to bureaucracy, you know there’s a red tape problem. And even though the Province of Ontario has a guideline for municipalities to grant building permit approvals; no more than 10 days after all documentation has been submitted by the builder or developer. Many will scoff at those numbers! 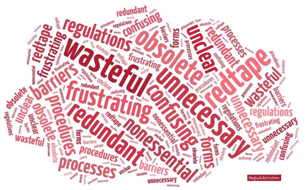 Indeed, the Fraser Institute observed that across 23 surveyed municipalities in the Golden Horseshoe Region, estimated approval timelines ranged from 13.8 months to 28 months. Furthermore, the study reported municipal compliance costs ranging from $17,500 to over $44,000 per unit, and re-zoning requirements in 23 or 26 Ontario cities studied. According to Councillor Emond, the 10-day target is simply not possible in Orillia due the high volume of applications currently coming before the City. Smaller neighboring townships often do better. (In Oro-Medonte, the building permit for my home was approved in 6 working days).

Provinces can’t back out of their complicity in creating the bottleneck
How can municipalities anticipate the level of demand in any given year and have qualified personnel at the ready? Nevertheless, the huge delays which the Fraser Institute suggests are the norm in the GGH region and beg for a solution. Here again perhaps provinces can step in, since many of the regulations under review during the municipal application process are mandated by provinces themselves.

The Fraser Institute study is quite direct on this: “Respondents argue that development procedures are not properly streamlined, reporting the need for numerous reviews and permissions from various parties, including conservation authorities at the local and provincial level. Some claim that the presence of upper-level municipalities (regional municipalities or counties) adds to this difficulty.”

Time for action!
The message is getting through, slowly. Toronto Mayor John Tory recently called on various levels of government to reduce red tape, which he along with many industry experts feel aggravates the housing shortage and forces prices higher. Other cities across Canada like Calgary have already looked into the problem as well, and have taken action.

Any opportunity to speak up must be acted upon!

Buried in the overview of the Red Tape survey is an open-ended invitation for all groups to give some feedback; “…we welcome your ideas even if you work in another field.” So why not take them up on it! CLICK HERE, and let them hear from you. They can only react if they hear from you!

Part 2 of this series will look at regulatory enforcement issues
that bog builders down.