Nancy Peterson, founder and CEO of HomeStars, Canada’s oldest and largest marketplace connecting homeowners and service professionals, has announced her retirement, effective July 31, 2020. In her place, she has appointed the dual female-led team of Shir Magen and Megan Oldfield as Co-General Managers. Together, they will help steer the company as it continues on its path of aggressive growth in Canada. 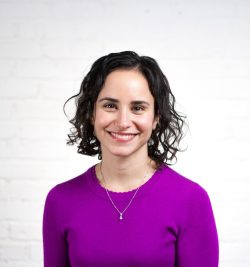 Peterson founded HomeStars in 2006 and has been at the helm since its humble beginnings from her kitchen table to being acquired by HomeAdvisor in 2017 and, through the merger of HomeAdvisor and Angie’s List, eventually becoming an operating business of ANGI Homeservices. HomeStars now has 130 employees across Canada. Last year, over eight million Canadian homeowners used the free service to find trusted home service professionals. 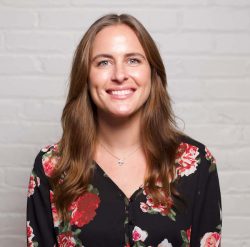 “I’m passing the baton to not one, but two incredibly talented superstars, which is why I am able to confidently step down,” said Peterson. “I know HomeStars is in great hands with these women, who not only have extraordinary strengths, but complementary leadership styles.”

Oldfield has been with HomeStars since 2015 and was formerly in the position of VP, Strategy & Finance. She has been promoted to Co-GM and SVP, Operations. In addition to being an instrumental part of the M&A process with HomeAdvisor, Oldfield has led Accounting, FP&A, HR and Data Analytics and has been a driving force in the overall performance and cross-functional synergy of the organization in her role as head of corporate strategy.

Magen has been with HomeStars since 2018 as VP, Marketing. She has been promoted to Co-GM and SVP, Product and Marketing. Under her leadership, the strategic repositioning from a one-sided directory business to a two-sided marketplace is being executed and will unlock scalable and profitable revenue growth nationally. With over 10 years of experience in high growth technology companies, Magen’s transformational leadership and strategic development expertise will be instrumental to HomeStars in this next growth phase.

Oldfield and Magen will continue to invest and grow HomeStars in Canada as the leading marketplace connecting homeowners to trusted home service professionals.


Related Stories
EXCLUSIVE: HomeStars founder Nancy Peterson on the sale of her company
HomeStars acquired by HomeAdvisor
Find your perfect match with HomeStars’ newest offering
Got a bad review on HomeStars? Read this interview with their CEO on what NOT to do about it