The battle for the hearts, minds and wallets of consumers and contractors fought between fibreglass, cellulose and SPF insulation is intense. Each party continuously seeks a leg-up on the other. That’s not surprising, as building codes evolve towards Net Zero Energy and consumers are constantly reminded of energy costs and environmental implications. There’s a lot of money at stake for the main players. Contractors need to pay attention in order to understand the true virtues of each insulation system. 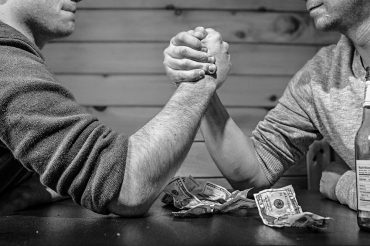 There’s a lot of cash on the table when it comes to the insulation industry. Revenues are in the billions of dollars

Canadian Contractor recently reported on the war of words sparked by the June 2016 ruling by the National Advertising Division (NAD) of the U.S. Better Business Bureau that leading U.S. cellulose manufacturer Applegate Insulation had either misrepresented or falsely claimed certain superiorities over its fibreglass competition. The NAD had initiated their investigation after a complaints from the cellulose industry’s arch rival, the National Association of Insulation Manufacturers Association (NAIMA).  NAIMA calls itself, “the recognized voice of the insulation industry, bringing together North American manufacturers of fiberglass and mineral wool insulation products.”

The tables are turned. Now NAIMA is in the cross-hairs
This time, NAIMA is receiving the negative attention. In a release issued May 2, 2017, the NAD states that NAIMA “violated the procedures that govern the advertising industry’s system of self-regulation by directly promoting the outcome of an advertising challenge case decided by NAD.” The statement claims that “a public relations company working on behalf of NAIMA commissioned articles in three separate publications that used the NAD decision to promote fiberglass insulation.”

NAIMA disputes the NAD claim of procedural violation
Canadian Contractor contacted NAIMA for their response to NAD’s claims of procedural violation. NAIMA dismissed those charges in a statement of their own, saying “NAIMA has done none of these things.” However, when NAIMA spokesman, Jordan Doria, was asked specifically about the three articles allegedly commissioned by NAIMA and the apparent contradiction between NAD’s claim and the NAIMA denials, he was less clear. “Maybe I’ll have to discuss that internally. Maybe we need to clean up the language to make that a little more clear, but that [NAIMA’s denial] is what we want to convey,” Doria said. 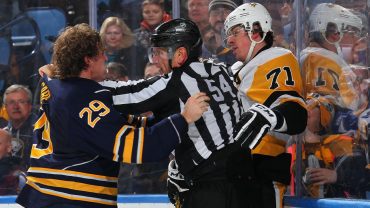 Lea recalls hard-hitting advertisements more than 20 years ago. “One Sunday morning in the early 1990s Americans opened the Parade Magazine supplement in their newspapers to be confronted with a full page ad featuring an image of a lighted match and the headline: ‘If you have the wrong insulation in your attic, you could be playing with fire!’ The ad copy claimed the fiber glass [sic] company that placed the ad makes ‘safe’ insulation, but a widely used competitive product – cellulose insulation – turns homes into fire traps. This was the opening salvo in one of the most dishonest and unprincipled negative marketing campaigns in recent history.”

What were the three articles cited by the NAD?
Lea identified the origins of the three promotional articles referenced in the NAD statement. He claims one is a Huffington Post article on Mar. 17, 2017 by John Burnett, a second an article on Apr. 7, 2017 by Erin Mundahl posted on a web site called Inside Sources, and the third on  Apr. 8, 2017 by Peter Roff, carried by the internet site Real Clear Markets. “All these items have one thing in common. They start with reference to a report from the Better Business Bureau National Advertising Division (NAD), then move into broad-based attacks on cellulose insulation, making claims and statements never mentioned by NAD.  A suspicious person might conclude there is a planned and coordinated competitive campaign against cellulose insulation underway. That turns out to be the case. These largely false and misleading items were ‘planted’ by DCI, a Washington, D.C. public relations firm.”

Why does this matter?
The battle will likely rage on for a while. It matters to Canadian contractors because it emphasizes the need to be vigilant with product research. Meanwhile, customers will be conducting their own research and counting on the expertise of their builders when making final decisions about how best to insulate their homes. Even the NAD’s attempt to act as a third party referee in what is destined to be a heated conflict (sorry for the pun!) needs to be considered with a certain degree of objectivity.