My response to the WSIB’s John Slinger: I stand by my claims

The WSIB is reducing its unfunded liability through denied claims to legitimate claimants, CARAHS president Alec Caldwell maintains, in spite of protestations to the contrary by the WSIB's COO John Slinger. 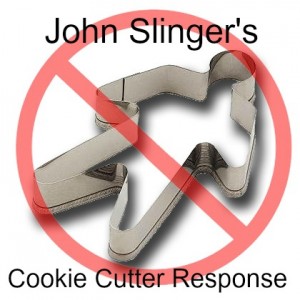 John Slinger, COO of the WSIB, said there were inaccuracies in my recent article in which I argued that the WSIB is reducing its unfunded liability partly on the backs of the province’s injured workers, via denied claims.

The only inaccuracy I can see is where I cited that WSIB’s unfunded liability stood at $9-billion.  Slinger says it’s only $7.5 billion. I still argue that the WSIB has been saving money via denied claims, and that this has brought human misery to thousands of restricted or denied claimants and their families.

Slinger wrote, “Returning the WSIB to financial sustainability is central to the well-being of injured workers, by ensuring the system is there for them in the years to come.”

WSIB has made themselves the only gas station in town

The WSIB crushed private insurance competition when they forced Bill 119 down the throats of many, including the self-employed. Many people unable to pay for two coverages, canceling their voluntary (private) insurance coverages through companies like Manulife, Great-West Life, Canada Life and others. Many individual people were protected 24/7 for accidents and sicknesses – in many cases, anywhere in the world. Major sickness like prostrate cancer were covered, including heart attack and strokes. In the last 12 months a handful of contractors I know contracted prostrate cancer by simply finding out at their annual check ups. WSIB does not cover sicknesses like these.

WSIB uses their own doctors of preference, while private insurance companies use a person’s local MD or whatever specialist a person might be referred to, in order to adjudicate their injury or sickness claim. These independent doctors work at arm’s length and have no affiliation to private insurance companies. Independent adjudication delivers unbiased reporting and fairness.

WSIB will increase your rate per/100 on your claims experience. With individual private insurance companies, some guarantee level rates to age 65, regardless of how many claims you make against them. Others will only increase as a group and not an individual on claim.

Reduced rates for no claims

WSIB can reduce your rate per/100 for good claims experience. Some private insurance companies offer better, they refund 50 per cent of the premiums you paid them over an 8 or 10 year period for no claims. Further, if claims that are kept to below 20 per cent of the premiums paid over the period, they’ll refund you the difference. If you’re not sure if your policy carries these refunds to you, simply contact your broker or contact us.

True example: Manulife paid a contractor of ours $7,500 (tax free) last week. This represented 50 per cent of the money he paid them over the last 8 years.

Your financial health is at risk if you only rely on WSIB!

In the interest of full disclosure, CARAHS offers, among its services, to connect you with private insurers. Contact us toll-free at 1 866 366 2930.

7 Comments » for My response to the WSIB’s John Slinger: I stand by my claims