Left roofless in Halifax, a homeowner with no legal options takes a shot at the industry

The homeowner had a tight, iron-clad contract, but bankruptcy allowed the contractor to walk away.

As Shane Murphy discovered, a well-written, air-tight contract won’t protect a client from a contractor who turns bad, abandons the job, and then goes bankrupt. Left open to the elements after a two and a half month renovation project stretched out to nine, the damage to Murphy’s family home in north end Halifax was considerable. As reported in the Halifax Chronicle, a room full of personal belongings was flooded out after a severe rainstorm, and damaged siding, plumbing and walls also needed remedial work.

Going to court would prove pointless 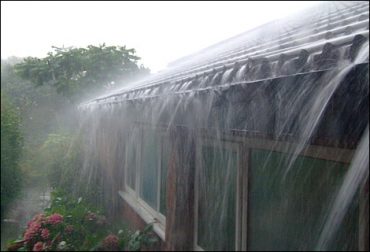 The job is almost finished now, after the hiring of a new contractor. However Murphy’s options to pursue the original contractor for his six figure losses remain limited. A lawyer contacted by the Chronicle suggested that suing would be pointless, since the contractor declared bankruptcy a few weeks after the rainstorm and presumably has no money. He told the Chronicle, “He wasn’t paying his sub-contractors, and he wasn’t paying a lot of people. It was clear we weren’t the only ones going after him, and that’s a real problem. You can’t collect damages from a bankrupted company.”

The court of public opinion hurts the industry most of all
When consumers can’t sue, they often turn to the media. That hurts the entire industry, of course. Despite Murphy’s alleged research efforts and claims that the original contractor came with good recommendations, it didn’t help him in the end. In hindsight he now regrets not contacting some of the contractor’s in-progress clients to see if jobs were going smoothly and on schedule.

There seems to be no end to the list of ‘coulda, shoulda, woulda’s’ that consumers need to cover in order to be assured a job well done. At least, that’s the message consumers hear from armchair quarterbacks when a particular contractor runs foul.

One bad apple really does spoil the barrel, often with over-reaching regulations.
Stories like Shane Murphy’s make everyone unhappy and are hard on the vast majority of good-guy contractors; the ones who are honest, hard-working and reliable who regularly have to overcome public suspicion created from episodes like this. And it adds more fuel to the fire from those who call for even more often intrusive supervision of the trades in order to theoretically enhance consumer protection.

For Murphy in particular, it is not clear what benefit he gains from reporting his troubles to the media at this point other than to take a shot at an industry that is overwhelmingly filled with hard-working, professional and honest operators. He may claim he wants to prevent others from having the same bad experience he had, however it was not clear from the media report why Murphy let his project drift over nine months without taking any action beforehand. Wasn’t that in itself a hint of problems to come?

Rescued in Saskatoon revisited?
More than a year ago, the same type of media attention was given to Janice Braden, a woman in Saskatoon victimised by a fly-by-night contractor who left her home incomplete and vulnerable to weather. High-profile local builder Dave Anderchuck came to her rescue and led a coordinated effort with fellow contractors and TrustedSaskatoon.com, a referral website. (See Canadian Contractor coverage). It turned a negative story for the industry into a good news and heroic one. Maybe Halifax contractors will organize themselves in a similar manner and help turn negative press into a positive.

What can contractors learn from this?
As much as the media focus is on consumer protection, one thing (among many) that contractors can do for themselves is to use references for jobs that are either nearing completion or in progress. If a contractor is truly proud of his company’s reputation, encouraging prospective clients to call references from the near-present as well as the past shows them a strong hand.

Related Stories
A lucky escape on Luckless Street, Halifax
Canada Wood Council calls cement industry objections to the safety of mid-rise wooden structures a "cheap shot"
Not just specifically this Smartwall product, but many others with revolutionize our industry
Dartmouth, NS, deck collapse: Everyone and his brother getting sued