Economics, an aging population and a desire for healthy living could be key drivers

According to the American Institute of Architects (AIA), it won’t be so much the millennials who will determine the shape of housing over the next decade; it will be their parents, the boomers and zoomers. The massive bubble of retirees, and those set to join them shortly, who were born in the 50’s and 60’s will have the means and desire to live out their dreams in comfort. Their final stand will likely be their homes.

Economic growth is expected to be slower over the next ten years than in the past ten. The AIA is suggesting that you follow the money. Homeowners planning ahead for their later years will have positive equity in their homes and will be ready to both downsize and simplify their lifestyles.

Here are some key ideas for you, as a home builder and renovator, to consider.

Aging-in-place design will become a high-demand issue.
Baby boomers from the 50’s and 60’s will comprise nearly two-thirds of the net population growth over the next 10 years. There won’t be room for all of them in retirement homes, and many won’t want to make that choice anyway.

Millennials’ demand for new homes could slow down over time. 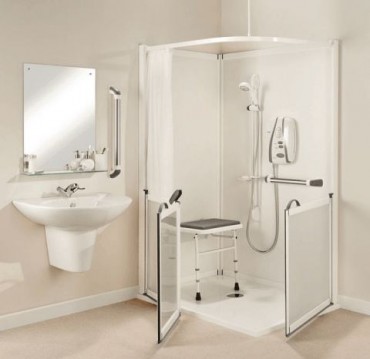 The ‘millennial generation’ is tending to delay major life events such as marriage and children. As jobs evolve increasingly towards term contracts, and as life-long, single employer careers diminish resulting in less job security, there will be increasing reluctance to purchase and more motivation to rent.

Technology will rule
Comfort, security and ease of operation will drive the development of more and more technological devices that can be operated simply for almost every element of life within the home.

The environment will always matter
Consumers both young and old will continue to be concerned about the eco-consequences of their purchasing decisions, including home finishes and overall home energy efficiencies. Insulation, solar power and, in some areas, water reclamation systems will be subjects for discussion.

Make way for the wheelchair
From a design standpoint, retiring boomers will expect wider hallways and doorways, handrails, and fewer stairways. Single-level living will be increasingly desirable.

Other impact items considered important in the future
Open design, particularly in terms of blending the food preparation area into the living areas, will not only be something desirable for social reasons but also for simple practicality.

As ease of mobility beyond one’s own property becomes a factor for some, emphasis will be placed on making the home’s immediate outdoor living space more attractive.

As working-at-home becomes more common, the dedicated home office will included in more plans for new-builds or renovations.

As prices and demand for urban properties increase, clever and efficient in-fills and other higher-density planning will impact design and construction. Not everyone wants to live in the country.

Related Stories
Ban the doorknob? Building code change removes choice for renovations contractors
Basement renovations are where the money is: CMHC
Two-third of Canadians planning home renos in the next year
P.E.I. goes deck crazy, while New Brunswick is all about roofing: Home renovation trends by province