‘Love it or List it’: Makeover reality or simply fiction? 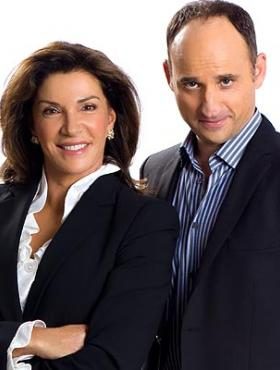 ‘Love it or List it’ stars Hilary Farr and David Visentin are each paid approximately $23,000 per episode

A North Carolina couple threatens to unmask a popular makeover reality show. Big Coat Productions Inc., the company behind the popular W-Network and HGTV show Love it or List it is being sued, and the on-camera credibility of the show and its two stars is being called into question.

Canadian interior designer Hilary Farr and realtor David Visentin, have become TV celebrities by pairing off the renovation of an existing home against the purchase of an alternate one. Farr has claimed that “the show is not at all scripted, and the reactions of the homeowners to renovation realities and bad news is very real.”

Disputing this and more, a North Carolina couple filed a lawsuit this month against the production company for an alleged botched renovation shown in a 2015 episode, while indirectly casting similar doubts on other makeover shows like it.

As reported in the Miami Herald, Deena Murphy and Timothy Sullivan say in their statement of claim that the floors of their Raleigh, NC property were “destroyed by Big Coat’s negligence,” that the job they paid for was “botched,” and that the show is not reality but fiction.

What? You mean these shows might not be ‘real’?

Shock! Horror! Say it ain’t so!
The lawsuit’s overall contention is that Big Coat “admits it is in the business of television production, not construction….The homeowners’ funds essentially pay the cost of creating a stage set for this series.”

The suit lists a number of complaints against Big Coat and their handling of the renovation including:
-Shoddy workmanship
-Breach of contract
-“Inherent conflicts of interests”
-Unfair trade practices
-Use of an unlicensed architect
-Delivery of a scaled-down version of plans drawn prior to the show taking over. 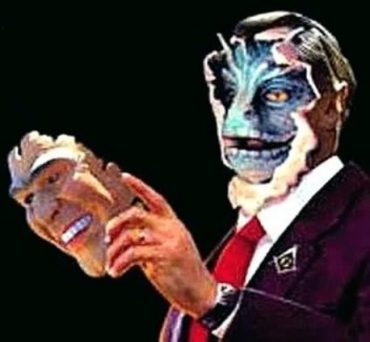 Contractor hiring taken out of their hands, money not paid
The couple also claim that the contractor portrayed on camera as the project contractor, Eric Eremita, was not licenced to work in North Carolina and had been hired by the producers after an appearance on another makeover show, Brother vs. Brother. The suit further alleges that Eremita and others seen in the 2015 episode “are actors or television personalities playing a role for the camera” and that “none of them played more than causal role in the actual renovation process.”

It is also alleged that only $85,786.50 of the approximately $150,000 that Murphy and Sullivan paid to Big Coat had been dispersed to the actual North Carolina contractor, Aaron Fitz. What’s more, the couple claim they didn’t even want Fitz’s company to do the work, after reading unfavourable reviews on Angie’s List, and that in fact Big Coat acted as the general contractor.

None of these or other allegations have been proven in court, and the Big Coat’s CEO told the Toronto Star that the company denies any wrongdoing, saying Big Coat will defend itself vigorously.

‘Walk this way…Cut! ….Thank you.’
As for Farr and Visentin, the suit claims that the pair simply played roles as opposed to being actually involved with either the renovation or the finding of an alternate home. The suit alleges they were never shown any alternative homes but instead directed to walk through houses in a dramatization of the house hunting process. Visentin is not licenced to sell real estate in North Carolina.

The reality? TV makeover and renovation stars make big bucks!
When not on camera Visentin, described as “charmingly snarky”, is an Ontario realtor (Country Living Realty) with an office north of Toronto. According to a celebrity website, he is paid $23,000 per episode ($300,000 per season) and has a net worth of approximately $4.2 million.

Farr is a Toronto interior designer earning a similarly high fee per episode and has an estimated net worth of $7 million.

How does this compare with other TV makeover personalities?
While Farr and Visentin are much wealthier than most Canadians, their estimated net wealth falls well back of Mike Holmes ($25 million) and Bryan Bauemler ($15 million). Bauemler’s wife Sarah, a former dance instructor now actively pursuing TV star status of her own, is catching up to her hubby. However her estimated net worth is less exact, consisting primarily of an eclectic collection of throw pillows.

2 Comments » for ‘Love it or List it’: Makeover reality or simply fiction?