A Canadian class action law suit regarding formaldehyde levels in Lumber Liquidators’ Chinese laminate flooring may be the impetus for improved Canadian standards.

The recent CBS re-broadcast of a previous 60 Minutes exposé surrounding dangerously high levels of formaldehyde in Chinese laminate flooring sold by Lumber Liquidators has ricocheted across front pages, bringing with it concerns over consumer safety. Formaldehyde is no laughing matter. As the U.S. EPA states on its website: “Formaldehyde at certain exposures can cause eye, nose, and throat irritation, respiratory problems such as asthma, neurological impairment and, over time, increase the risk of developing some types of cancer.” 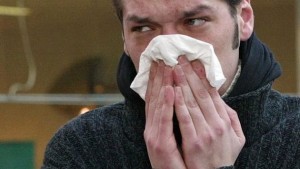 A process with a past
Remember Urea-formaldehyde foam insulation? UFFI has been prohibited from being advertised, sold or imported into Canada since December 1980. Although the Europeans, Japanese and Americans have since adopted stringent controls concerning formaldehyde levels in other specific materials, plus mandatory labelling requirements to protect consumers, little has been done in Canada beyond base guidelines for residential indoor air quality.

In terms of building products, Health Canada currently only publishes 7 non-numeric ratings from ‘Very Positive’ to ‘Very Negative’ for materials like Parallam, I-Joists, and OSB etc..  No ratings exist for hard flooring materials. And although the Canadian Standards Association (CSA) is reportedly developing specific standards for composite wood products, up to now Health Canada has required only ‘voluntary’ adherence to previous standards established via industry-ministry consensus.

What is the issue with laminate flooring?
The 60 Minutes investigation that first aired in March 2015 looked into class action lawsuits (still pending) resulting from a 2013 news web story.  Low-cost laminate flooring manufactured for and sold by Lumber Liquidators and originating from 3 specific Chinese plants, allegedly tested many times over permissible U.S. levels of formaldehyde.  More class action lawsuits resulted, the company’s stock plummeted, and the CFO and CEO resigned. CNBC reports that the company’s insurers have denied claims coverage. Concurrently, Lumber Liquidators removed all Chinese laminate flooring from their stores across the USA and their 9 Canadian locations. (It is important to note that products sold by Lowes and Home Depot tested within allowable U.S. standards.)

Lumber Liquidators’ problems have come to Canada
An Ontario Class Proceeding, summarised here, awaits certification by the courts, and typifies the consumer experience.

In October 2013, Ms. Steele and her husband of Lasalle Ontario purchased and installed $1530 of laminate flooring from Liquid Liquidators’ Windsor Ontario outlet. A subsequent water tank failure in their home resulted in the removal of the flooring. Shortly thereafter, the previously-healthy family dog became ill and had to be euthanized. A new order of laminate flooring from Lumber Liquidators was received in early December to replace the water-damaged sections, and was professionally installed. By January 2014, both Ms. Steele and her 35 year old husband were experiencing various respiratory and eye irritation issues. When Mr. Steele started experiencing “severe breathing difficulties”, he was hospitalised for 4 days. “Doctors said that the occurrence was atypical of his age and fitness level.”

This lawsuit, co-joined by more than 30 other plaintiffs to date, claims damages that include  “punitive, aggravated, and exemplary”, plus a determination of guilt by Lumber Liquidators for breaches of the Sale of Goods Act, Competitions Act, Consumer Packaging & Labelling Act , and Consumer Protection Acts (both federal & Provincial).

For the complete filing of this court action…

Wondering what to do to protect yourself?
Part 2  investigates your risks and options.