Lumber Liquidators Holdings Inc. has won a California court ruling against claims that it did not warn consumers about cancer-causing formaldehyde in some of its flooring products. This may be the end of the scandal that plagued the U.S. retailer and its Canadian outlets.

Global Community Monitor and Sunshine Park LLC, joint plaintiffs, had filed a 2014 lawsuit claiming Lumber Liquidators had failed to provide a formaldehyde warning to California consumers, thereby accusing the hardwood floor retailer of violating a California state law. However, a lower court in Oakland, California had ruled tentatively in April this year in favor of Lumber Liquidators in that civil case. 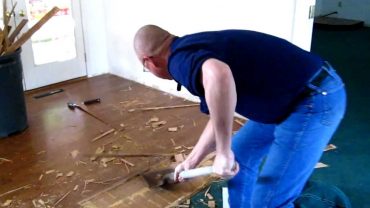 A long-standing dispute now laid to rest in the USA
Lumber Liquidators’ Chinese laminate flooring had been under intense scrutiny since a CBS’s “60 Minutes” report alleged that the company’s laminate products sourced from China contained toxic levels of formaldehyde. The company had pulled products in question from their shelves shortly after the show aired in 2015, and further agreed this past June not to sell its existing inventory of laminate flooring previously sourced from China, according to the U.S. Consumer Products Safety Commission (CPSC).

Separately, Lumber Liquidators had previously announced in March that it had agreed to pay $2.5 million to the California Air Resources Board to end an inquiry about its laminate flooring products sourced from China. At the time, there was “no formal finding of violation” or any admission of wrongdoing the company said.

Where does this leave the Canadian class action suit?
This court dismissal in California most likely kills a Canadian class action suit launched in 2015 on behalf of a couple from Lasalle, Ontario and other Lumber Liquidators customers felt to be impacted. However, several calls to the Ottawa-based law firm behind the suit made by Canadian Contractor  attempting to update the suit’s status were unanswered.

The Canadian suit had earlier been awaiting court approval, and stated  that Lumber Liquidators Lumber “knew that its Chinese-produced laminate emits formaldehyde at levels that exceed – and sometimes grossly exceed – the CARB regulations,” that the company was “negligent in the supervision, control, and inspection of the manufacturing of the Flooring Products as well as the testing, packaging, labelling, distribution, marketing, promotion, advertising, sale, installation, and warranty”,  and had  “made representations that were false, misleading, deceptive, and unconscionable, amounting to unfair practices in violation of the Consumer Protection Act… such that consumers might reasonably be misled with respect to the quality of the product.”

The suit had claimed damages that included general damages for “pain, suffering, stress, trouble and inconvenience,” special damages including “out-of-pocket expenses for repairs and replacements, and diminished value,” “punitive and exemplary damages,” and a refund of the purchase price plus interest as well as cost for the action.

Will any one look at Chinese laminate the same way again?
Despite the ruling in California and its likely impact on the Canadian class action, it’s unlikely consumers will look at Chinese laminate flooring the same way again, or take for granted safety claims made by distributors of similar products out of the Far East. Furthermore, the issue cost Lumber Liquidators a huge amount of prestige and consumer confidence, resulted in a dramatic stock price plunge (largely recovered now) and cost several senior executives their jobs.

This is not the first time consumer safety issues have been raised regarding Chinese products. One may remember the issue of lead paint allegedly used on childrens toys made in China many years ago. While not wishing to tar everyone with the same brush, the fact is the only way to ensure safety compliance of products manufactured in developing countries may be to have independent third party tests conducted in North America or in Europe, as opposed to supposed tests undertaken in the country of origin.