Studies confirm our fears about the high-priced home market: It’s becoming harder to make a first-time home purchase in any of North America’s urban centres. Home prices in Vancouver year-over-year have jumped 38%, with Toronto not far behind at 21%, with 16% of that increase this past July alone! While foreign buying interest may be partially to blame, the problem is whether potential purchasers can save for a down payment as quickly as prices go up. Can young families afford to live in the same city in which they work? It doesn’t look promising. Regulated increases in minimum down payment requirements, coupled with high-flying prices, are keeping homes out of reach for many.

The low-down on down payments

Figures realised by the U.S. Health and Retirement Survey suggest that those currently renting but who want to buy, are turning increasingly to The Bank of Mom and Dad (or other relatives) to help out with the down payment. In Canada, a Bank of Montreal study in 2015 suggests that 44% of first time buyers look for parental help, down a bit from 2015, but up from their 2013 survey that indicated a number closer to 28% nationally. Some of the increase could be the result changes to recent down-payment rules, but the end result is a gap between have’s and have-not’s, not to mention maintaining high demand from buyers.

A further study in the U.S. conducted by national rental listing company Apartment List likely has cross border implications in Canada. It indicates that it would take first-time buyers a decade of saving to accumulate enough for a down payment, at today’s prices. And what about prices in ten years? Who knows!  In fact, the study says that almost 40% of millennials surveyed haven’t even started putting away money for a home purchase. It may not be only prices that are causing this postponement. Career-building priorities, later marriages are factors too.

Implications for the contracting industry?
While new housing starts are remarkably resilient in most markets across the country this year, the choice for millennials often is; rent, or move back with the parents. That in turn implies continued high demand for rental housing units, or adding rental accommodation to existing homes. 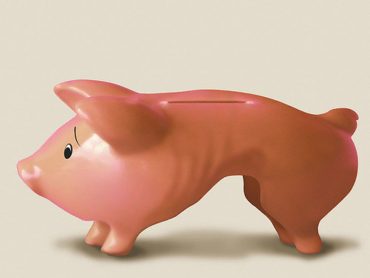 Despite low lending rates, many current homewoners are struggling with mortgage, maintenance, and ever-increasing utililty costs

However, even after purchasing a home, a Manulife Bank study of Canadians finds that as many as four in ten homeowners are worried they will not be able to save enough for their retirement because of mortgage and maintenance obligations.

What’s more, this same Manulife study reveals that as many as one in three homeowners have been ‘caught short’ within the past 12 months, unable to meet their expenses and left vulnerable to sudden costs such as auto repairs or health care.

Little wonder some homeowners are adding rental accommodation to their homes, either in basements or top floors, in order to meet mortgage, maintenance and basic living obligations. It’s a collision between young people who cannot to buy a house and homeowners who are struggling to continue owning one.

Buy a home and retire rich?
Canadians perhaps more than our American counterparts have had it drummed into our heads that home-ownership, and the inevitable increase in home value, is the key to a successful retirement plan. The fact that capital gains from the sale of one’s principal residence is tax-free in Canada, current low interest rates, and the mania for home buying and over-bidding in major cities like Toronto and Vancouver, have pushed the average Canadian mortgage debt across the country to over $180,000 this year versus $175,000 last fall. Not all cities are the same; Vancouver, Calgary and Toronto are significantly higher than the national average.

How will this party end? 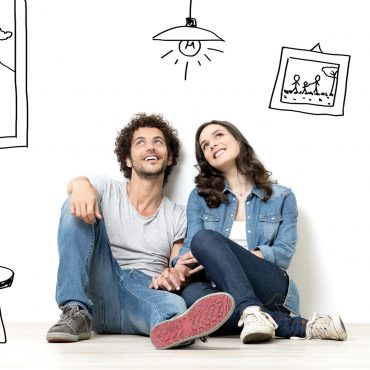 Keeping the dream alive is getting harder for young couples

The implications going forward are significant for many. Will homeowners in fact be able to afford to remain in their homes after retirement? Will reverse mortgages become more popular? Will couples work longer before retiring, or will there be an increasingly migration out of urban centres into lower-cost towns and villages? Home value increases look great when reviewing total net worth, but as they say, ‘You can’t eat a brick!”

Related
What the Liberal Party would do for our industry
Say goodbye to the Home Renovation Tax Credit (HRTC)
Mortgage test adds stress, not affordability
The value-add: Help clients understand ways to finance home renovations