One week left to enter our ‘Contractor Dilemma Contest’!

The client signed a second renovation contract, but now wants the deposit refunded

You could win a DeWalt 20V LED Tripod Light with a 6.0 Ah battery and charger kit if your proposal is selected by our panel!

Chris Norton’s renovation company was partway through an extensive renovation for wealthy clients, Vyes and Josèe Robeault-Boulanger, transforming under-used basement space into a family entertainment area and man-cave. Norton was organized; contracts were in place for the project and all change orders signed. The clients paid on time, important since the project was close to six figures in total. Near the project’s completion, Yves Robeault-Boulanger asked Norton  if his crew could stay on to renovate the master bath on the third floor. Norton discussed the new project with the couple and drew up a budget. Rather than combine the bathroom and basement projects, Norton thought it wise to write a separate contract, and request a $5,000 deposit so he could purchase the custom Italian tiles Josèe specified. With the contract and deposit in hand, Norton continued with the basement in anticipation of quickly moving onto the bathroom. A week later, Yves Robeault-Boulanger told Norton that his wife was having second thoughts about the bathroom, and wanted to cancel the contract. “Please return our deposit as soon as possible,” he asked.

Norton refused. He told them the custom tiles had been purchased and were non-refundable, and had postponed other projects to make time for the Robeault-Boulanger’s bathroom. However, the couple threatened court action if their deposit was not returned. What should Norton do? 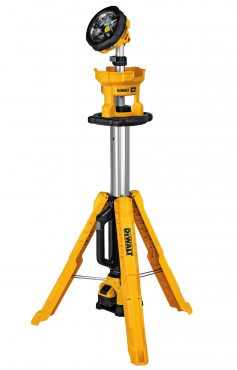 HOW TO ENTER
Email your answer to John Bleasby (jbleasby@canadiancontractor.ca)

Your suggested solution can be one of the above ideas, a combination, or your own solution entirely.
Please explain your reasoning in up to 300 words of text.