One week to enter our Contractor Dilemma Contest!

Meet the new boss – same as the old boss!

Phil Wilmer decided to close his custom staircase and railing business. Long-time millworker Pat Roulstone was given one week’s notice, and a verbal explanation. “I’m plain tired, Patty,” Wilmer said. “I want to retire and relax.” Wilmer offered Roulstone no promises of severance pay after his 17 years’ service. “I’ll be selling off my machines and stuff. I’ll see what I can give you then.” 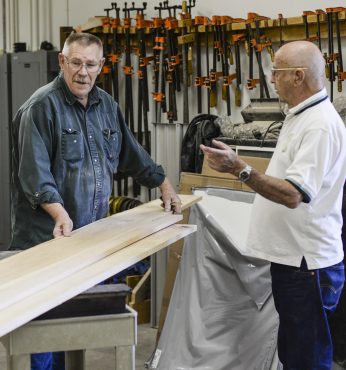 Roulstone was devastated. He had a family to feed. Luckily, after four stressful weeks, Roulstone found work with a large kitchen cabinet manufacturer in a nearby town. They were delighted to have such an experienced man working with them. Three weeks in, his new boss – the owner of the firm –  came up and told him he’d just hired a new shop supervisor for that part of the floor.

It was Phil Wilmer!

Wilmer, grinning from ear to ear, slapped Roulstone on the back. He seemed to think it was amusing; “Hey, Patty! Just like old times, eh?”

Pat Roulstone is understandably furious that the former employer who left him high and dry is now his new supervisor. He is having trouble controlling his emotions.

What should Pat do now?

HOW TO ENTER
Email your answer to John Bleasby (jbleasby@canadiancontractor.ca)

Your suggested solution can be one of the above ideas, a combination of several, or your own solution entirely. Please explain your answer in up to 300 words of text.

The best contractor-submitted answer, as judged by our editors, will win a

The winner will be announced on-line December 22