The tariff game, where everyone’s a loser! (Except the government, of course)

Concerns that Canada might witness a future surge in dumped steel entering our market has resulted in the federal government imposing new 25 per cent surtaxes on imports of specific steel products from outside North America. This is an extension of Canada’s tit-for-tat tariff dispute with the United States where 25 per cent steel and aluminium tariffs are already in effect. 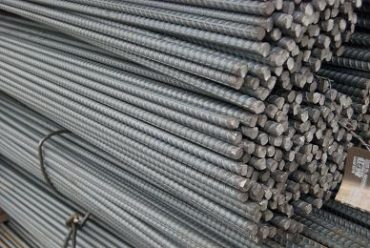 Rebar, a staple of concrete forming, is one of seven steel products to be hit with new 25 per cent tariffs

These new tariffs take effect next week (October 25), and will  be in place for 200 days pending an inquiry by the Canadian International Trade Tribunal, and apply to seven steel products should they exceed historic import levels. Many of these products are used in the home building industry.
Heavy plate
Concrete reinforcing bar (rebar)
Energy tubular products
Hot-rolled sheet
Pre-painted steel
Stainless steel wire
Wire rod

No one gains from tariffs
Jesse Goldman, a lawyer representing the Canadian Coalition for Construction Steel, told The Canadian Press in a CBC report that, “the new surtax puts the construction industry in ‘a very dire position’ because of Canada’s limited domestic steel supply.” If Goldman is correct, this would in fact mimic the experience of American companies who have suffered the pains of the Trump-inspired steel tariff war with Canada and others. The Ford Motor Company recently suggested that their profits this year could be negatively impacted by as much as US$1 billion due to higher steel costs, even though the company sources domestic steel almost entirely.

This is the sad fact of import tariffs — Tariffs on imported products rise, governments reap new revenues, domestic suppliers raise prices, and the the end user and their customers pay for it all. Consumers may have dodged a bullet when the Canadian International Trade Tribunal (CITT) decided against placing tariffs on 54-inch wide drywall as requested by French-owned CertainTeed Gypsum Canada (See Canadian Contractor report). However the steel tariffs are going ahead. For Canada’s residential building industry, the new steel tariffs are simply another cost that must be factored into the price for a new home.

Tariffs are cash cows for governments
“It is more than a little ironic that the federal government talks about the importance of housing affordability while slapping tariffs on home building materials,” Casey Edge, CEO of the Victoria Residential Builders Association told Canadian Contractor.  “These surcharges have generated millions of dollars for the government and should be distributed back to home-buyers.”

Millions of dollars? That’s very true. In fact, figures from the Canada Border Services indicate that surtaxes worth more than $286.5 million charged on imports of American steel, aluminum and a variety of other goods, including handkerchiefs, coffee, icing sugar and sweetened or carbonated mineral waters have been collected. It’s great revenue grab for the government, but it comes on the backs of Canadians.

High tariffs as a cash grab? Let’s drink to that!
This tariff revenue grab thrust onto the backs of consumers hasn’t been lost on Kentucky Governor Matt Bevin either. Surprising as it might be, Canada accounts for $8 billion of that state’s total exports— nearly half — notably Kentucky-style whiskey. “The citizens will pay for it. You don’t have a bourbon industry in Canada,” Bevin told CBC News. “No Canadian citizen is going to see any direct benefit from that; the government will use those monies for whatever,” Bevin said. 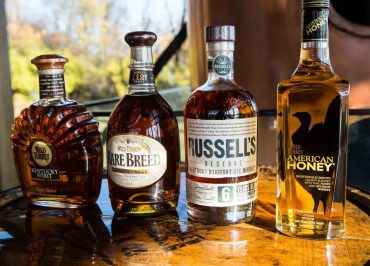 Kentucky bourbon is more expensive for Canadian consumers now, thanks to retaliatory tariffs

Of course, the U.S. has done exactly the same thing with the tariffs they placed on Canadian softwood lumber back in 2017. Home building advocates in the U.S. claim that instead of seeing American softwood production increase, it’s simply provided U.S. producers with an excuse to price gouge, hurting new home buyers as a result.

Ottawa talking out of both sides of its mouth
Casey Edge cites hypocrisy on the part of the federal government when it says it supports affordable housing while they collect hundreds of millions in taxes and tariffs such as these ones just announced. He feels it is incumbent on the federal government to mitigate the burden of cost increases for which they themselves are at least partially responsible. “One way is to index to inflation the GST New Housing Rebate, which is  eliminated for homes priced at $450,000 plus,” Edge said. He explains that the rebate has not kept pace with the country’s rising home prices. “When it was introduced in 1990, the rebate was applicable to about 90% of new homes. According to the Canadian Real Estate Association, the average price of a home in Canada today is $475,591. That means the full rebate has been virtually non-existent in higher-priced markets where it is needed most.”