In what could be a precedent impacting future cases of liability, an Ontario Court of Justice appeal judge has pierced what is referred to as the corporate veil’  and found the owner of a small licensed electrical contracting company personally liable for a $537,000.  It’s the largest fine ever levied in the history of electrical contracting in Ontario. 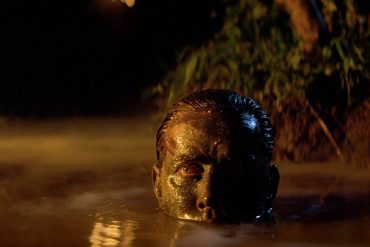 Pro-Teck, operating in St. Catharines ON, had originally been found liable in 2014 for the faulty installation of a bathroom floor heating mat and fined $430,000. An elderly man had fallen on his bathroom floor, was unable to get up, and died of second and third degree burns. In other words, he fried to death.

Two critical electrical installation failures, and no permit
According to Normand Breton, the Electrical Safety Authority’s Registrar and Director of Contractor Licensing, there were two serious faults found with the floor heating mat’s installation. “The in-floor heat sensor that was required to be put into the floor was either not there or was not connected,” Mr. Breton told Canadian Contractor. “Also, the voltage of the thermostat was not correct — it was connected to 240 volts instead of 120 volts.  In combination with the heat sensor issue, this allowed the floor to get extremely hot.”

“There was no application for an inspection, as is the law,” continued Mr. Breton.  “We were therefore not aware of the work.  The ESA only became aware after the death of the elderly man, at which point we launched investigation.”

The corporate veil was designed to separate an individual from the corporation. However, Antonio Merante’s abuse of the corporate structure was called ‘self-interest and deceit’ by the appeal judge.

Owner attempted to escape payment by transferring assets
The owner of Pro-Tek, Antonio Merante, had reportedly been evasive in court about his company’s involvement with the installation. Nevertheless, the court found his company responsible. However, in advance of that ruling, Mr. Merante transferred Pro-Tek’s company assets into a new corporation called Master Electrical Contracting Services Ltd, 2433302 Ontario Ltd.. As a result, when the fine was handed down, Pro-Tek was unable to pay.

However, the Electrical Safety Authority appealed. Justice Fergus O’Donell ultimately ruled that there had been a flagrant circumvention of justice. Therefore, the so-called ‘corporate veil’ separating an individual from his/her corporation needed to be pierced. Justice O’Donell further ruled that Mr. Merante should be held personally responsible for the $430,000 fine. An additional 25 per cent contribution to the Ontario government fund assisting victims of crime brought the total fine to $537,000.

Harsh words from the bench
Justice O’Donell minced few words in her ruling. “If Mr. Merante had simply shuttered Pro-Teck and left its assets intact and gone on and opened up Master Electric, he could not have been faulted,” the judge wrote. “But he did not simply do that. Two roads diverged before him and Mr. Merante took the one marked self-interest and deceit rather than the one that was marked by his duty to respect his obligations as a shareholder and his duty to accept that the protections that came with Pro-Teck’s corporate status also created responsibilities… He in effect treated all three legal entities as one; as he sowed, so shall he reap.”

A precedent-setting message for any company owner
Normand Breton told Canadian Contractor that the ESA is very pleased with the ruling. “This is precedent-setting for us.  If someone tries to do this again we will be able to use this decision,” he said. “The fine sends a very strong message.  In terms of prosecution, these rules can’t be circumvented.  It’s a matter of public safety being at risk. You can’t put a dollar figure on a life, but it sends a very strong signal.”

It’s also a strong warning to company owners who try to escape fines through asset transfer trickery. “Corporate defendants should beware that the transfer of corporate assets to avoid fine payments or ‘improper’ transfers may open the door for a Crown in regulatory matters such as the Occupational Health and Safety Act, to seek the transfer of fines to individuals in such circumstances,” writes CCPartners, a Brampton, ON-based legal firm specializing in labor and employment law.