“No company is too tiny to protect,” says the Prime Minister’s Office

We hope you enjoyed this April Fool’s story for 2019!

A manufacturer of tiny homes in the federal Liberal riding of Thérèse-De Blainville in Quebec is hoping to be the latest company to escape court justice through a Deferred Prosecution Agreement granted through the Prime Minister’s Office (PMO).

Tim’s Tiny Homes has been facing charges for five counts of fraud, after taking over $1.4 million in deposits from prospective tiny home buyers over the past few years, and not then delivering. The company claims it has been struggling financially and was delaying deliveries while sorting out various creditor accounts. Some buyers have been waiting three years, with no firm delivery date proposed by the manufacturer. 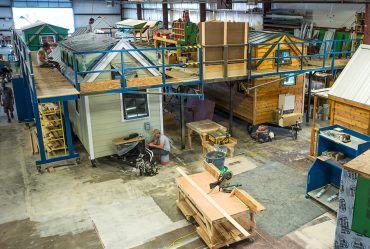 Unless a DPA is secured, there will be several jobs lost at Tim’s Tiny Homes factory

Jobs in a Quebec Liberal riding are at stake
The Prime Minster has been forthright in his desire to see such matters resolved without charges being heard in court. While the case resembles another case involving a large Quebec-based engineering company, the PMO has been reluctant to talk in specifics concerning Tiny Tim’s Homes. However, in a media release, the PMO, speaking on behalf of the Attorney General of Canada said, “The people who work for Tim’s Tiny Homes need their jobs, and the company provides hundreds, if not dozens of them — perhaps as many as 18,”

The release continued by outlining the PMO’s overall outlook concerning companies who are alleged to have broken the law but still play a vital role in the country’s economy. “Canadians expect their government to support companies of all sizes. There’s no company too tiny that doesn’t need the protection of our government. Today, Tim’s Tiny Homes may be building tiny homes, but who’s to say that in the future they won’t be building slightly larger homes. That’s the opportunity for growth this government wants to ensure, and I am confident Canadians stand behind this policy. Of course, the decision will be entirely up to the Attorney General for Canada, whoever he or she may be at the time.” 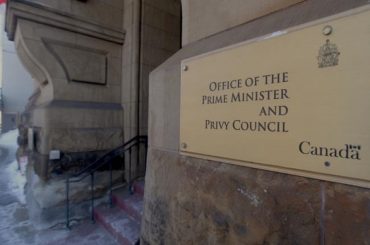 A spokesman for the Prime Minister’s Office (PMO) suggested hypothetically that in this case, the compensation could be in the form of goods, not money. “Each case is different,” the spokesperson said. “In the case of Tim’s Tiny Homes, it could be a matter of providing a number of custom tiny homes. For example, four might be installed at 24 Sussex Drive as guest accommodations for visitors from smaller, lesser known nations that don’t have embassies in Ottawa. Another three could possibly be installed at the Trudeau family’s retreat in the Laurentians north of Montreal.” As for corporate restructuring, the company has reportedly committed to replacing their lunchroom attendant and a night security guard.

Tim Chimchurry, founder of president of Tim’s Tiny Homes, spoke to Canadian Contractor from his winter home on Grand Cayman Island, and expressed his optimism that a DPA will be offered. “I have been a great supporter of the Prime Minister. In fact, we’ve been good pals since our crazy teenage days as counsellors at a co-ed summer camp at Lac  Mistassini. I’m sure he will see the benefits of letting us off the hook and avoiding a nasty and expensive court trial where all kinds of things could come out.”