Leads given to an associate’s business added insult to misery

A homeowner whose home in Île-Bizard near Montreal was ravaged by flood waters this past spring claims a Quebec government-appointed flood inspector tried to steer repairs to an associate’s business as a way to speed up the insurance approval process. 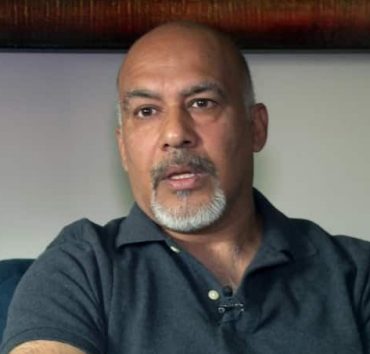 Under Quebec’s aid guidelines for flood victims, homes in flood-prone areas that suffer more than 50 per cent total damage may not be repaired. As reported by CBC, Tauseef Bhatti needed to have his home inspected under those guidelines to determine if his home qualified for repair assistance. That’s how he met Tony Bissonette. Bissonette was an inspector working for Consultant Jacques Bouchard Inc., a firm awarded a $3.5-million contract to do flood-damage inspections in several regions of the province as a subcontractor for the Quebec government.

The inspector and contractor were more than just friends
Bissonette introduced the homeowner to a contractor named Georges Samman, and allegedly said that choosing Samman for the repairs would make the inspection report and approval processes go more smoothly. As it turns out, Bissonette and Samman were more than just business acquaintances; they owned an extermination business together called GT Extermination. In addition, Samman told CBC he had been hired as an inspector in 2017 himself, but had decided to return to contracting work instead.

The CBC report is quite detailed, and outlines recorded telephone conversations between the three men made by Bhatti. According to Bhatti, Samman was able to access his file and the evaluation report written by Bissonette, something not permitted under the guidelines. During a transcribed conversation reported by CBC, “Samman repeatedly pushed Bhatti to sign the mandate, which he said was critical because, technically, he was not supposed to have access to Bhatti’s file.” 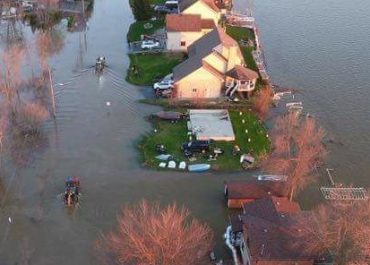 “Collusion is a natural career step”
That is quite correct: he wasn’t. Although inspectors are allowed to gather more information after an initial inspection of a flood-damaged home, they are not permitted to disclose any information to outside parties without prior ministerial approval. However, the province has a history of corruption in various aspects of the construction industry. The use and abuse of power by those in authority at all levels is not uncommon and has been widely reported over the years. Nevertheless, contractors are wary of powerful authorities, and are often reluctant to speak to the media unless with anonymity. Commenting on this specific event, one such contractor told Canadian Contractor, “I’ve seen many incompetent power hungry ‘inspectors’ who are looking for a way to validate their existence. Collusion is a natural career step for them.”

Over the course of the CBC investigation of Bhatti’s allegations, there have been repeated denials from both Bissonette and Samman. When asked about any suggestion of collusion, Bissonette told CBC, “Absolutely not. I suggested to Mr. Tauseef [Bhatti] to take a contractor in the area there, so not more than that.”

A new home evaluation requested
In the end, Bhatti did not do business with Samman and has since asked for a new evaluation on his damaged home. He believes the work can be done for less than Bissonette had reported. He told CBC, “I want … a person without any conflict of interest to come there and do the damage assessment and give us right numbers,” he said.  “It might be above 50 per cent. It might be under 50 per cent. At that point I [will] know it is fair.” That way, he’ll know whether he has to repair his home or start over.

Related
Even before Calgary flood, Alberta renovation work plentiful
Lowe's bid for RONA prompts Quebec government response
I'm currently in a battle with (Quebec's) CSST over autonomous vs hourly labour… The investigator's quota is set. This in other circles would be called exortion.
She retires from a long career at Saskatoon renovation firm, then loses home and everything else in High River flood