Rob’s friend: He’s not a “bad employee” – just a dishonest one

Bottom line from the experts? Time to move on!

In his editorial in Canadian Contractor’s January/February print edition (also available online), publisher Rob Koci described a disturbing situation. He writes about a friend who is unhappy with his current role at a firm. He’s not putting in a full effort but he stays because the money is good.

It’s an interesting situation covering many areas. Hopefully, you don’t find yourself in this story – either as Rob’s friend or his boss. But if you do, you’ll be somewhat pleased to learn that it’s been discussed by several human resources and motivational experts.

Let’s examine Rob’s friend’s story to see if we can learn more. 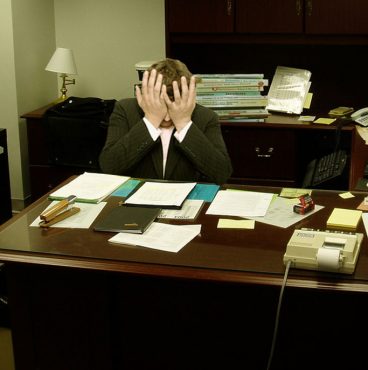 Demoralized and unmotivated
Rob’s friend is pulling down a salary of $60,000. That’s pretty good pay, probably reflecting a middle management position. That in turns means he has at least one level of management above him, perhaps the owner or at very least a vice president. Rob further explains that his friend “knows he is not properly positioned where his talents can be brought forward and used productively.” He is demoralized by his position and is working at what Rob claims is 60 per cent efficiency. “Don’t get me wrong. He is not a ‘BAD’ bad employee,” continues Rob. “He’s not stealing from the company.”

No? Consciously working at only 60 per cent efficiency and wasting the other 40 would sound like stealing to most ears. Does that missing 40 per cent represent time physically away from the job, playing on the computer, or pursuing personal interests instead of doing the job? Rob isn’t clear. In any case, many would consider knowingly and intentionally working at a significantly sub-par level as a form of stealing.

Rob points out that his friend is on salary, not paid on an hourly basis. Does that somehow make it better? Is it different than an hourly worker faking a time sheet? Stealing time is stealing money. Yet Rob says, “He’s not ignoring his responsibilities.” Really? If that’s even possible with only a 50 to 60 per cent effort, surely the individual, the salary and the job requirements are all out of whack.

R-E-S-P-E-C-T
Let’s examine this from the employee’s perspective. First, what about self-respect? Rob’s friend is, “dreading every day but doing the best he can.” Lynn Doyle, a nationally recognized workplace expert and author, would likely suggest it’s time for the employee to move on. She writes in psychologytoday.com, “If you’re not doing what you love, you will never tap your true potential. It will just continue to be ‘a job,’ and eventually each day will seem more of a grind. If you’ve tried re-inventing yourself at the company with a lateral move – or changing your job description to no avail – then it’s time to go back to the roots of what you love.”

And what about respect for the employer? That seems to be lacking in spades — Rob’s friend is happy enough to collect his pay check and carry on. Knowingly taking money and not performing at the level expected shows blatant disrespect for both the boss and the company.

How about respect for fellow workers? Surely co-workers would notice someone not pulling his or her weight and wonder why they should not do the same. Justin Reynolds writes on tinypulse.com, “When negative attitudes infiltrate the workplace, employees become disengaged and less productive. And what does less productivity mean for a business? Less revenue.” 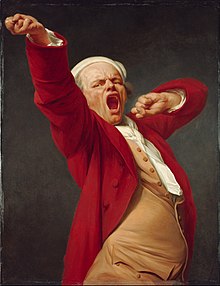 Where is management?
Rob Koci writes that his friend has gone to his supervisor to explain the lack of motivation, and “suggested alternatives but they have all been rejected.” This brings up the question of management competency. More than that, one might ask what employee performance measurement tools are being used, if any. Surely a supervisor or company owner would at some point notice if an employee was slacking off and not earning their pay. Aren’t projects being left uncompleted, running past deadline, or going over budget? Where are the alarm bells indicating when an employee is failing to measure up?

Reynolds feels management has to step up to the plate, for the company’s sake if no one else’s. “Since employee happiness is linked to productivity, managers would be wise to do everything they can to extinguish negative attitudes the moment they rear their ugly heads. Instead of letting problems fester, be proactive and try to nip them in the bud whenever you can.”

How should management act? With a nudge or a kick?
Debbie Madden, co-founder and CEO of Stride Consulting, feels the employee should be given a nudge out the door. “Too often, employers let an unhappy employee linger on the team,” she writes. “This doesn’t have to be the case. One time, I had an unhappy employee and I took them aside and asked “How are you doing?” and their response was as honest as could be, “I’m not happy. I’m exhausted.” My response “I think it’s time you consider moving on.”  The employee gave notice the next week.”

The point is, Madden continues, the employee has to go. If they can’t be encouraged to do it on their own, they need a kick, not a nudge. “If they don’t care about the work, the customer, the company, or their co-workers, why do you care about them? If you can’t turn around their attitude, it’s time to turn them over.”

Mentoring should be part of the supervisor’s job
Is the supervisor blinded by fears of employee replacement costs? “According to PeopleKeep Inc., some studies predict that, on average, every time a business replaces a salaried employee, it costs the company the equivalent of 6 to 9 months of that employee’s salary,” writes Brian Riggs in Construction Business Owner.

“Mentoring could potentially offset this expense,” Riggs quotes Erika Urbani, CFO and VP Finance at R.D. Olson Construction in Irvine, CA. “Mentoring fulfills our need to get young leaders through the learning curve faster,” she told Riggs. “And it’s not just about training. “Today, we’re hiring people from the fire to the frying pan, and with mentoring, we’re able to significantly mitigate the risk associated,” she continued. “Through mentoring, we’re instantly creating an opportunity to instill knowledge on company culture, practices, processes and systems management information.”

The fact that management has turned a deaf ear to the issue and clearly failed to engage in mentor-ship makes one wonder if they, like Rob’s friend, have abdicated their responsibilities too. If the supervisor is the company owner… well… one can always say it’s their money to throw away.

Related
Employee Profit-Sharing: A double edge sword?
Who owns an Ontario ‘Working at Heights’ certification card, employer or employee?
CONTEST WINNER! How should Wes handle a grumbling, long-time employee?
The best present from the boss? Making the team happier at work!