Now there is real competition for Apple’s HomeKit applications

The world of interactive home automation is moving fast. For homeowners looking to take advantage of electronics that control many aspects of their homes, whether they are asleep, awake or even remote, it’s becoming an exciting marketplace of choices.

Of particular note is the announcement that the Google-owned subsidiary Nest, already a well-known name in smart home technology, has now released its WEAVE technology beyond their own devices to  third party developers; the brand names lining up to tap into this fast rising market is impressive. 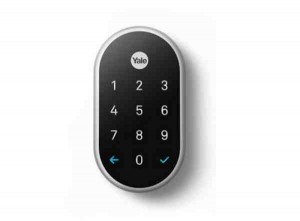 Designed for controls throughout the home
As explained in The Verge magazine “WEAVE is a protocol that lets products communicate with each other without a Wi-Fi network or internet connection. The result is longer ranges, improved security and reduced power consumption than those systems relying on Bluetooth or Wi-Fi. When automated devices are spread throughout the home, The Verge continues, this becomes an important factor.”

Nest’s WEAVE goes even further. According the company’s blog, “With most home automation platforms, you have to set a timer on your lights, program your thermostat and tell your coffee machine when to turn on. It’s a lot of work. And definitely not automatic. Lights automatically turn off when no one’s home. Stereos quiet down when a Nest Protect alarm goes off. And washing machines know not to run when energy is in high demand. All without any programming. Nest Weave lets devices talk directly to each other and to Nest.” 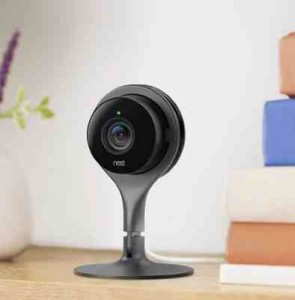 More open than Apple
Some similar applications are already available on Apple’s HomeKit, built around that company’s iOS software, and requiring Apple phones, hardware and certification. However, Nest’s WEAVE technology is more open and works with both Android and Apple phones.

Who are some of the names that are lining up?
It’s moved well beyond programmable thermostats! Yale’s Linus lock warns if Nest Protect has detected smoke inside a house before the door is opened; Nest Cam will start recording when SKYbell’s video doorbell is used; Philips’ Hue lights will turn on and off when the owner is not at home. And when connected with Nest Cam, both Mimo and Petnet will show you what’s happening in the nursery or when your pet is eating. Music, washing machines….the list of system activities controllable via smartphones or tablets like HomeKit and WEAVE are growing daily.

More on this subject….
New ways to work with NEST
Nest opens up its smart phone technology to other companies
Here are the details behind Weave, Nest’s answer to Apple’s HomeKit