Software glitches, hacking, and company insolvencies are some of the risks to being ‘first on the block’

The thrill of victory, the agony of defeat!

That must be how some early-adopters of “smart home” technology feel when things go wrong with their automated systems. While a home filled with smart appliances combined with smart phone or voice-activated controls of locks, temperatures, music and lights is pretty compelling for today’s new home owners, there are cautionary signs that all is not perfect.

And since a new construction or major renovation is the perfect time for you and your client to discuss how to move from being a Flintstone family to the Jetsons, here are some of the recent woes that need to be considered. 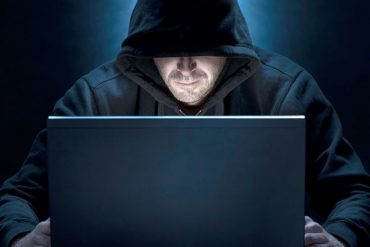 Software glitches
Widespread media reports of software glitches have caused public embarrassment to popular smart home brand names. As reported in the Washington Post earlier this month, the well-known Nest brand was hit when their smoke detectors failed to disarm with a wave of the hand during a false alarm (like burnt toast). The New York Times then followed up with reports of software failures this past winter causing Nest’s wireless thermostat to cut out, leaving homeowners literally in the cold. The company responded to numerous complaints logged in consumer forums, saying “We’re aware that some of our customers have been reporting issues with their Nest’s battery getting low. We’re currently looking into the issue, and we’ll let you know when we have more information.” Cold comfort, indeed! 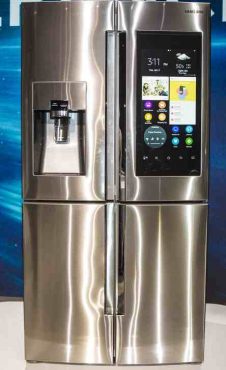 Hacking into the home
The smart refrigerator that boasts a screen on the door telling you more than you ever thought possible about the status of your food storage has been a show-stopper for the past few years. However, Microsoft and University of Michigan researchers found Samsung’s SmartThings open platform can be used by hackers as an entry point, according to Wired.Com:

“What they found allowed them to develop four attacks against the SmartThings system, taking advantage of design flaws that include badly controlled limitations of apps’ access to the features of connected devices, and an authentication system that would let a hacker impersonate a legitimate user logged into the SmartThings cloud platform.”

Confidence in home alarms and locks called into question.
SmartThings responded in a statement published in Securityweek.com: “We are fully aware of the University of Michigan/Microsoft Research report and have been working with the authors of the report for the past several weeks on ways that we can continue to make the smart home more secure as the industry grows. The potential vulnerabilities disclosed in the report are primarily dependent on two scenarios – the installation of a malicious SmartApp or the failure of third party developers to follow SmartThings guidelines on how to keep their code secure.”

Nevertheless, as Gizmodo.com points out, “The internet of things represents a general broadening of the attack surface. Every single device is connected now, and every single device could be a potential point of weakness.” PCWorld suggests homeowners consider steps like physically hiding their routers and adding personal passwords to them, or perhaps shelling out cash for the protection of a cloud service.

The disappearing corporation
Going with a known and established brand name might also help reduce problems, although most of the products on the market are in fact from new companies. Wink, for example, is a name that moved rapidly into automated and remote home control through crowdfunding, and then filed for bankruptcy in September 2015. That left thousands wondering about the fate of their Wink products. Company executives tried to assure them that the company was there to stay by announcing strategic partnerships with firms like fellow home security start-up Canary. Reported interest from Tesla and compatibility with Apple Watch and the new Amazon voice-activated ‘Echo’ home system may also reassure. However, the point remains that many of the new firms are vulnerable to the cash flow problems that plague all technology start-ups.

“Buyer beware!”
Who said that, anyway?