Habitat for Humanity is a nonprofit organization that helps families build and improve places to call home, providing affordable housing be help build strong and stable communities. Stanley Black & Decker Canada (SBD Canada) employees continued to donate their time and talents to work on Habitat for Humanity builds, in Toronto, Edmonton, Calgary, and Montreal as part of what company President Joe Di Ilio describes as a long company tradition of supporting this worthy cause.  “Stanley Black and Decker Canada employees are always proud to take part in any Habitat project, including volunteer builds and tool support. It is a very important relationship for us and we are committed to continuing to work with this wonderful organization in communities across the country.” 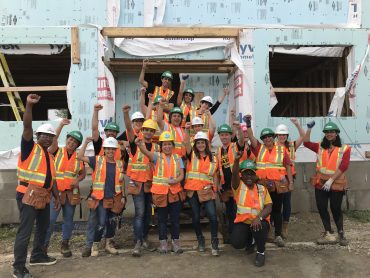 The company’s employees were on site at the Toronto GTA Adopt-a-Day Challenge event held Wednesday, August 8 at Habitat for Humanity’s Pinery Trail project on McLaughlin Road North in Brampton. The first phase of this three-phase, 49 home project is now underway. Upon completion, it will include three, three-story townhouse complexes, along with hundreds of shrubs and trees, common and private amenity spaces, and parking for 70 vehicles.

SBD Canada believes the Habitat GTA Adopt-a-Day Challenge is an ideal opportunity for employees to share their skills and time with individuals working toward the goal of homeownership. After the day on the site, the DeWalt and Stanley tools used in the build were donated to Habitat.

The donation of time and equipment continues at other Habitat for Humanity sites across the country. In Quebec, SBD Canada employees will take part at the Montreal on August 14, and in Calgary on August 15.

SBD Canada employees have also continued their volunteer efforts at Carter Place in Edmonton, AB, where last year they worked alongside former U.S. President Jimmy Carter and 800 other volunteers for a week. The company is also donating DeWalt work boots to the Edmonton project.  Nine of the 58 planned homes at Carter Place are now complete, with another 11 due for completion before the end of this year. As with all Habitat projects, the homeowner families have worked 500 hours building their homes, and will begin paying an interest-free mortgage with payments that never exceed 25 percent of their income. The affordable mortgage structure will help them build equity and will create more disposable income to allocate toward necessities and savings. 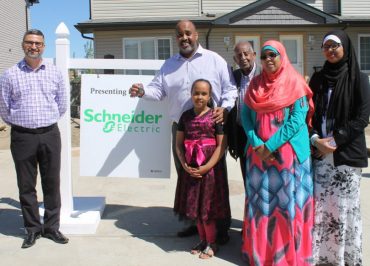 “At Habitat for Humanity, we know first-hand that many families are facing significant challenges breaking into the housing market,” said Gerrad Oishi, Habitat for Humanity Southern Alberta President and CEO. “But when families feel safe and secure in a home they can call their own, everyone benefits. We’re so grateful for our community’s support in creating a sustainable affordable housing solution for families.”

To learn how you and your employees can become involved in a Habitat for Humanity project near you,
CLICK HERE