It’s a given in today’s competitive environment that a strong marketing presence on social media is key to a contractor’s successful brand development. Hopefully, increased brand awareness will lead to more leads, and those leads in turn will bring new contracts.

However, the social media landscape has changed significantly in just the past three years or so, according to Bob Nunn, Co-Founder and Chief Brand Mechanic of The Marketing Garage, a leading marketing consultancy based in Toronto. Nunn’s company is heavily committed to bringing his clients results. Often that means massaging the use of the internet and social media platforms. However, Nunn is quick to dispel one big myth. “Social media marketing is not for everyone. In many cases I think it’s an overhyped channel. It works well for some people, but it’s not for everybody.” 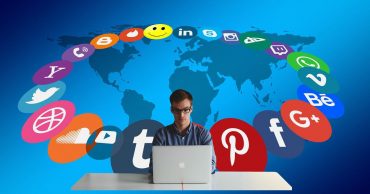 So many platform choices. Each has their own character. Not all are suitable for every business type.

Social media not for everyone? Really?
That’s very bold statement to make. So, who is social media not appropriate for? “Insurance companies, for example,” says Nunn. “It’s not a social thing — You don’t sit around and talk about insurance. However, people do sit around and talk about beautiful homes. They want to look at beautiful homes online. They want to chat about those sorts of things.”

Fans around the country or around the world aren’t likely to help your business. That’s why Geo-Targeting is so important to your social media plan.

Search engine or social media, or both?
However, Nunn has more to say about the appropriateness of social media, even for contractors. “Tom’s business is gorgeous, high-end, whole-home renovations and custom homes. What he doesn’t do is a $50,000 kitchen renovation. But if you were a contractor and that’s what you did, optimizing your search engine performance might be better for you.” What Nunn is getting at is that when it comes to project-specific work, clients know what they want done. “The big difference with searches is that people are specifically in the mode to find a business.”

However, improved search engine performance means more than simply having the right keywords or being listed under the right categories. “It probably means buying ads. The possibility exists today to target those ads very tightly to a defined market. It’s called Geo-Targeting.” That’s a term Nunn refers to often when he describes all manner of internet marketing.

More posts does not mean more success!
The questions most businesses owners most often ask about social media marketing are: “Which social media platforms should I use?”, “How often should I post each week?” and, “How many times a day should I post, and which days are the best?” Nunn has some pretty surprising thoughts on all of these.

For contractors developing a marketing strategy that includes social media, Nunn largely dismisses Twitter. “Twitter’s usage is pretty stagnant. You tend not to get a good return.” In fact, Nunn’s assessment coincides with several studies suggesting that Twitter posts must flow in a near-constant stream, up to 15 per day according to some.  Not many builders can maintain that volume or have sufficient content to fill that space. Twitter is more suitable for news — politics south of our border is a great example of that!

Facebook is the biggest, but necessarily the best
However, Nunn speaks with caution about Facebook. “Facebook is still the most popular channel. However, the one big myth is that if you just post a bunch of stuff on Facebook and get lots of people to like you, those people are all going to see the content that you post. That was true three years ago. Today however, the percentage of your fans likely to see your posts is less than one per cent if you just do it that way. Facebook is now basically an advertising channel.  Facebook’s stream is polluted with paid ads. The good news is that you can now boost or promote your post through advertising and Geo-Target whoever you want. You can post only once a week and know that it hits your target audience.”

Geo-Targeting is very important in the home contracting industry. Obviously, there is no value promoting much beyond one’s own relatively small serviceable area. Geo-Targeting was a key element when Tom committed to use Instagram and Pinterest as well as Facebook. “In Tom’s case we went after exact neighborhoods with people whose on-line interests appear to match his business. Basically, they are wealthy.” The ability of platforms to identify neighborhoods and income levels is one of the privacy issues that might concern us as individuals. However, for an advertiser seeking new clients, the ability to Geo-Target is extremely important.

There’s more to say and more myths to bust!
Here’s what to look forward to in our next installment…

Your posts: When, how often, what to say, and how to say it.
What does “Filling the Funnel” mean?

Part Two of this series will continue with more expert observations from Bob Nunn of The Marketing Garage, referencing the experiences of Severn Woods Construction.