When a worker is injured on the job site, the worker can lose time away from work, even their livelihood or life. Not only that, the employer can find themselves in big trouble if poor safety procedures were found to be the cause.

Accidents of a serious nature can result from the most banal circumstances: unloading supplies, cutting large sections of material, changing light fixtures, or off-loading heavy equipment. Here are a few cases from the Ontario courts that emphasize the requirement for employers to have adequate safety training and procedures in place.

Off-loading large lumber requires special training
Last fall, a worker was delivering lumber off the bed of an 18-foot delivery truck at a residential address in Vaughan ON. Two 28-foot-long beams weighing approximately 245 pounds in total were loaded on top of the truck’s headboard at an angle on top of other pieces of lumber.  Strapping was used to secure the beams to each other and to the bed of the truck. According to the Court Bulletin, “After arrival at the residence the worker climbed onto the truck bed, removed the strapping from the beams and attempted to push them off the side of the truck. While doing so, the worker lost balance and fell from the truck to the driveway below, a fall of approximately 7½ feet. The two beams also fell. The worker sustained critical injuries from the fall.” 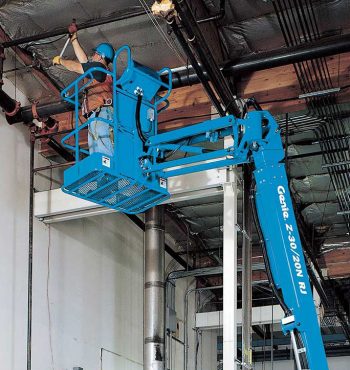 Work at heights requires training in combination with the correct equipment

An investigation by the Ministry of Labour revealed the worker had not been given adequate information or instruction on how to safely unload beams longer than 22 feet — The worker had simply, “climbed on the truck and unloaded the beams by hand, an unsafe method of unloading.”

The employer pleaded guilty for failing, “to provide information, instruction and supervision to a worker to protect the health or safety of a worker contrary to section 25(2)(a) of the Occupational Health and Safety Act,” the Court Bulletin said. The company was fined $75,000 plus assessed a 25 per cent surcharge to be credited to a special find that assists victims of crime.

Training and supervision is needed for specialized work
Specialized work requires specialized training to ensure the employee understands correct and safe procedures. A Windsor-area company was dismantling wind towers as part of a corporate shutdown. Large metal rings, or flanges, were being disassembled and sent to the scrap yard, work involving an acetylene gas torch. After the employee made the third and final cut to a flange, the piece turned inwards and fell on the worker. “As a result of the event, the worker suffered a severe injury resulting in a permanent injury,” the Ontario Court Bulletin said. It was not the company’s first offense under the Ontario Health and Safety Act. In this instance, the fine was $60,000, plus a 25 per cent surcharge credited to a special find that assists victims of crime. For the worker the cost was far higher.

Working at heights is an issue on any job site
In February this year, a worker fell from a ceiling area while installing light fixtures at a job site. According to an Ontario Court Bulletin, “The worker was working alone and unsupervised,” and was using an elevating work platform to access the work area located approximately 21.5 feet (6.5 metres) above the floor. “The room had a suspended-type ceiling fabricated of polystyrene panels and metal frames,” the Bulletin explains. “The worker exited the elevating lift into the ceiling area. The worker was not protected by fall protection and fell through the ceiling of the room to the concrete floor below. The worker was found injured on the floor of the room by a worker at the facility. The injured worker sustained critical injuries.” 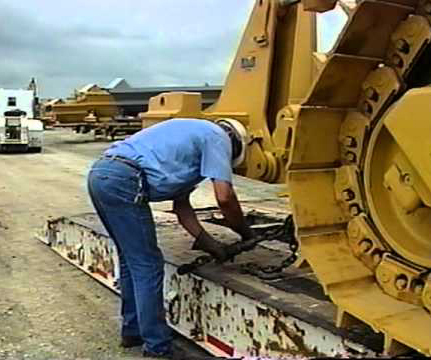 Off-loading heavy equipment, especially if you are only an occasional user, requires safety procedures and attention to detail like correct loading ramps

The worst possible outcome: a work site fatality
“A worker was killed when a machine that was being off-loaded from a float trailer overturned,” says an Ontario Court Bulletin. The incident took place in 2013 with the final conviction following a trial and subsequent appeal by the Crown this past spring. A float trailer had arrived at the site with a four-wheeled machine for laying curb concrete. The machine’s left rear wheel was offset, and since the offloading ramps had a gap between them, only three wheels were properly supported. “As the machine was being backed off the float trailer, the offset wheel dropped into the gap between the ramps,” the Bulletin continues. “The machine overturned and the worker off-loading the machine was crushed and killed.”

An investigation determined that, among other failures, no spotter was in place during the offloading and the incorrect type of ramp was used. The company was fined $85,000, plus a 25 per cent surcharge credited to a special find that assists victims of crime.

As the spring construction season moves into top gear, it is vital that employers and their supervisors keep safety top-of-mind, despite any pressures to “Get ‘Er Done.”