The critical need to break the skilled trade stigma

Nearly 100,000 young people in all provinces and territories across Canada are preparing for competitions that may shape their careers. In-school skilled trade competitions and regional events, followed by provincial and territorial competitions could lead hundreds of these talented and dedicated young people to Halifax for the 25th Skills Canada National Competition (SCNC) on May 28 and 29. 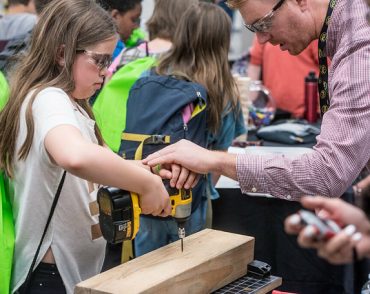 Breaking the stigma of skilled trades starts at a young age, with Try-A-Trade displays
(photo courtesy of Skills Canada)

Contractors and builders across the country are encouraged to pay heed to the competitions across the country, many of them right in their own backyards. Most local events are, in fact, dependent on the support of not just school administrators and teachers, but also on local businesses and associations to help promote skilled trade careers. Therefore, it’s in the best interest of companies in every area to get involved by contacting local school boards and perhaps taking a booth to pitch both young students, and their parents too, about the bright future they can enjoy with a career in the trades.

There’s a stigma that needs breaking, and the Canadian residential building industry is in the best position to do just that. A survey of more than 400 Toronto-area construction workers reported recently in the Toronto Globe and Mail revealed that, “96 per cent felt that stigma and negative parental influences are causing a shortage of workers. Many perceived a bias among the public against jobs that are seen as physically challenging or involve working with your hands. A majority of trade workers surveyed felt that the public ultimately lacked knowledge about what construction work truly entails.” Getting involved at the local level is something every individual business should consider. Finding roles to play at the provincial and national level is important for larger companies and building associations.

Provincial team selections are underway for the Nationals in Halifax
It’s been a busy spring for apprentices and skilled trade students in Nova Scotia. The 21st Annual Nova Scotia Skills Competition concludes today at the Nova Scotia Community College (NSCC) Straits Area Campus in Port Hawksbury, NS. This is the culmination of competitions that have taken place through March and April in over 40 skilled trades and technologies across the province. As like many provincial competitions, gold medalists from will join Team Nova Scotia and advance to the Skills Canada National Competition. What makes this special for Nova Scotia is the fact that the province will play host to the 2019 SCNC at the Halifax Exhibition Centre on May 28 and 29.

Alberta builds on last year’s momentum
Meanwhile, Alberta is returning to the Edmonton EXPO Centre on May 8-9, the same facility where last year’s Skills Canada National Competition was held.

Victoria Anderson of Skills Canada Alberta explained to Canadian Contactor that by the end of April, over 850 high school students will have already participated in nine Regional and Qualifying Skills Canada Competitions in order to earn a spot at the Provincials. Post-secondary students will be selected by their technical institute to participate. In total there will be a total of 160 competitors entered in one of the 13 building trade competitions, including bricklaying, electrical installations, joinery, and plumbing.

“We are proud to work with Alberta’s industry, education and government stakeholders to inspire, develop, and elevate Alberta’s skilled youth”, notes Chris Browton, Executive Director of Skills Canada Alberta. “All of our competitors are an excellent representation of the values of Skills Canada Alberta – commitment, focus, and the possibilities open to students prepared to take on a challenge.”

The Skills Alberta event is an opportunity for young students to see the career opportunities that await them in the skilled trades. “We generally host approximately 10,000 students on school field trips touring the Provincial Skills Canada Competition, with an additional 200 female students taking part in the Girls Exploring Trades & Technologies Conference held in conjunction with the competition,” Anderson continued. There will also be more than 50 popular Try-A-Trade displays for visitors of all ages to experience, including many of the building trades. 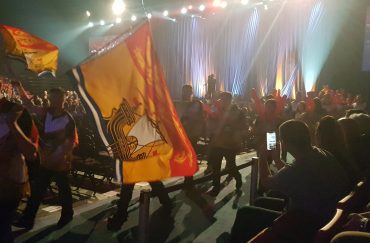 Saskatchewan’s provincial championship itself will take place on April 12 at Mount Royal Collegiate, in Saskatoon. The competition will offer events in seven categories directly related to construction, including Architectural Technology and Design as well as the trades normally associated with the industry, like brick masonry, carpentry and electrical. Close to 150 secondary and post-secondary entrants are expected.

Here’s a breakdown of 2019 provincial skills competitions still to come:
(Note: Quebec will not hold a provincial event in 2019)

Alberta
May 8-9  at the Edmonton EXPO Centre

Ontario
May 6-8 at the Toronto Congress Centre