Forget solar tiles. For Elon Musk and Tesla, the future is all about electric cars.

Financial pressures and declining sales of all models of its electric vehicles are forcing Tesla Inc. to focus even more on the high profile automobiles in order to survive. This leaves their much-hyped solar roof tiles in the shade. Yet government incentive rebates for electric car purchases are drying up, taking the punch out of once-high demand. This does not spell good news for Tesla.

Tesla’s financial position is precarious
In the its 2019 Q1 report, the company’s opening statement admitted to a continued hemorrhaging of cash. “We ended the quarter with $2.2 billion of cash and cash equivalents, a $1.5 billion reduction from the end of 2018,” it said. The news wasn’t any brighter in terms of new vehicle production. “Deliveries of Model S and Model X declined to 12,100 vehicles in Q1 compared to our two- year run rate of roughly 25,000 units per quarter.” Not surprisingly, Tesla share prices are being driven off a cliff in response to this and other disappointing news.

It’s been a bumpy ride for shareholders, reflecting the uncertainty of Tesla’s future

It leaves solar energy enthusiasts wondering what will happen to the company’s highly publicized solar roof systems. Overall sales of Tesla solar installations have dropped 38 per cent year-over-year in the face of increased competition, according to the Silicon Valley Business Journal. Installations of the roof tile system in particular totaled only 21 in California as of February 2019 . The company declined to give figures for the other eight U.S. states in which it claims installations have been made, says greentechmedia.com. One reason may be design delays — The company is reportedly working on its third iteration of the solar tile concept, reports techcrunch.com. The latest version is very exciting to Musk personally, he says, “because it offers a chance of being at cost parity with an equivalent entry-level cheap traditional tile.”

Yet this slow progress only adds to Musk’s personal list of woes. According to seekingalpha.com, “Tesla’s 2016 merger with SolarCity saved the residential solar business from the verge of bankruptcy. The $2.6 billion all-stock deal also saw Tesla assume SolarCity’s $2.9 billion debt.” In addition to this financial hole, so many promises have been made and broken regarding the launch of the roof tile system that Tesla’s credibility is now seriously questioned. Not only that but, “Tesla faces potentially devastating civil liability from class-action lawsuits alleging Musk’s self-dealing during the SolarCity merger,” the news website says. “The company’s efforts to backfill with fresh promises are not likely to impress the judges.”

With pressure on Tesla’s electric car sales and production, Elon Musk seems to have put his much-hyped solar roof tiles in the back seat

Free government money evaporates
Residential installations numbers are highly sensitive to government grants and subsidies, a phenomenon seen around the world. For example, inverse.com reports, “After the subsidies were revoked, new solar installations in the U.K. dropped from 79 megawatts in March to just five megawatts in April, a 97 percent month-to-month decrease. The data was compiled by the U.K’s Labour opposition party, and first reported by The Guardian on Wednesday.”

New sales method, new low prices, new deposits required
According to greentechmedia.com, Tesla feels the need for a change in sales strategy. A company spokesperson said, “We are making some big changes to the ways we sell solar.” A big part of those changes are the reported switch to online sales of the solar systems. The company dropped its door-to-door sales and kiosk program in partnership with Home Depot shortly after acquiring Solar City in 2016.

Tesla is now trying to simplify the purchasing process in other ways too. “For residential solar and energy storage, traditional industry-wide sales techniques require customized systems, installations and purchasing processes,” the company stated in its Q1 investor report. “This results in a cumbersome buying experience and limits market potential. Our residential customers can now purchase solar and energy storage directly from our website, in standardized increments of capacity.” These increments are reported to be four kilowatts.

The New York Times also reports that, “to further reduce costs and complexity, customers will be asked to do many of the tasks Tesla employees used to do. Homeowners will photograph electric meters, circuit breaker boxes and other equipment and send the images to the company, reducing the need for site visits.” The company now estimates the cost of their integrated roof tiles will drop to $1.99 per watt, including installation. 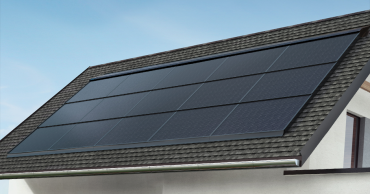 Traditional roof top arrays are getting much slicker, as this GAF Energy product indicates

Many are skeptical about Tesla’s new approach, however. Allison Mond, senior solar analyst at Wood Mackenzie Power & Renewables, told greentechmedia, “Historically, selling solar online has been just a fraction of total residential solar sales. Selling solar door-to-door and in retail stores has been so popular because it works.” Given the high price of Tesla products versus standard rooftop arrays, it’s also unclear whether price alone is the real incentive to buy Tesla panels in the first place.

Deposit refunds are hard to come by
Deposits required for new system orders have been reduced to $99 from the previous $1,000 as well. However, production and installations in any volume have been consistently pushed out in time, mid-2019 now the latest projection. As for the nearly 10,000 home owners who paid $1,000 deposits and might be looking for a refund, there’s not much joy, according to an online forum.

“I cancelled my order and have been waiting ~eight months for a refund of the deposit.”
“I waited a year and no one contacted me. I requested my refund and now have waited about three months and not received anything.”

Tesla fails to take up solar cell production from its Buffalo factory
In the meantime, what about the multi-million dollar, tax-payer supported Gigafactory2 manufacturing facility in Buffalo, NY, that Tesla built in partnership with Panasonic? Where are all those solar cells going if Tesla isn’t taking them? According to a Reuter News report, “The ‘great majority’ of solar cells being produced at Tesla Inc’s factory in upstate New York are being sold overseas [rumoured to be the Philippines] instead of being used in the company’s trademark ‘Solar Roof’ as originally intended.”

That’s not bad news for Panasonic, however. “Panasonic said in a filing with the U.S. Department of Commerce last year that it expected to sell the majority of the cells from the plant abroad, citing the new foreign demand for U.S.-made cells that arose after the Trump administration imposed tariffs on panels in 2018,” reports khaleejtimes.com. 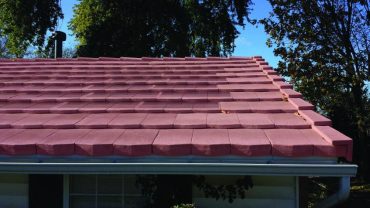 Tesla is no longer alone in the integrated roof top market
Tesla can’t assume it has the integrated solar roof tile business all to itself going forward. “Solar roofing maverick 3 IN 1 ROOF is looking to leapfrog Tesla in its bid for UL approval for its solar roof tile,” according to a report from cleantechnica.com. ”Fort Lauderdale-based 3 IN 1 has completed testing for UL 1703 approval, according to CEO Carmen Bellavia.” The 3 IN 1 ROOF has a lifetime warranty, near 20 percent crystalline solar efficiency, retro-fits any sloped roof, installs between $4 – $4.50 per watt, and has High Velocity Hurricane Zone (HVHZ) approval,” writes solarbuildermag.com. The system is far from inexpensive, however, “the biggest separator for the 3 IN 1 versus competitors is the thick 3 lb. foam embodiment that eliminates rooftop solar gains from entering the structure, which means high-performance attic areas, in-turn reducing loads on A/C units.”

Even rooftop PV arrays are getting slicker in appearance and are selling well. GAF Energy’s solar arrays sit tight against the roof, although they are still recognizable as a solar roof. GAF Energy is no small operator — it’s owned by Standard Industries, an industrial corporate giant employing over 15,000 people in 80 countries.

Expect Tesla’s solar roof tile to continue to ride in the back seat as the company struggles with its automotive future. For investors willing to bet on the company’s prospects, it might be time to fasten the seat belts and hope the air bags are functioning.