Donald Drumpf had a lot to say about foreigners during his presidential campaign over the past 18 months, and not much of it was good. Of particular interest to the construction industry was his vow to restore good paying jobs to Americans by deporting undocumented and illegal workers. At some point, an advisor to Drumpf may have to suck up the courage to tell the Donald that this move should be reconsidered.

Illegal workers are the foundation of North American construction
What Drumpf either doesn’t know or doesn’t care to know, is that according to economist consultancy Hanley Woods an estimated 20% of construction workers in the United States are undocumented. In fact, it’s a fair bet many of Drumpf’s own gaudy real estate properties and hotels across the country were built on the backs of such workers. With an industry unemployment rate of only 2 per cent, and a well-documented shortage of skilled trades coming forward, forcibly removing undocumented and ‘guest’ workers would throw the industry into a chaos.

Does Canada have a similar problem to that in the USA?
On the other hand, Canada is relatively shielded from the impact of undocumented workers. We have a far more progressive immigration policy to start with, and are geographically isolated from mass movements of people rushing our borders (disenchanted Republicans and Democrats notwithstanding). As one sociologist quoted in the November issue of the Walrus magazine put it, illegal immigration “laps gently onto Canadian shores; it does not come in large waves.” In fact, it is estimated that only three to six per cent of our current foreign-born population is thought to be undocumented.

Low percentages, but high actually numbers
That is not to say there isn’t a problem. The Toronto Sun has reported that between 35,000 and 120,000 illegal immigrants live in Canada, some 40,000 of whom the government has simply lost track. Many of these find their way into low-paying, under-the-radar jobs like agriculture, restaurants, and ….yes, construction. Here they are vulnerable to exploitation, given their inability to claim governmental benefits granted to legal workers like UI and pensions. And while they do not pay income tax, they have to pay for their own health costs, and pay sales and property taxes on purchases. 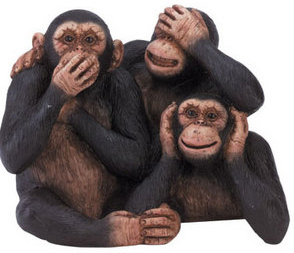 Rights are in place for undocumented construction workers
Nevertheless, undocumented workers have other rights under various legislation, and organisations to help navigate them. This makes compliance with immigration legislation difficult, to say the least. For example, illegals in provinces like BC and Ontario are eligible for coverage under workplace compensation plans like WorkSafeBC and the WSIB. These organisations are not required to monitor or report the presence of illegal workers to government agencies.

“Even if you don’t have a valid immigration paper or status, or you are working without the proper permits, you still have rights under the law,” according to the Sudbury Workers’ Centre web site. “Many of us who are undocumented fear deportation if we speak out when there are problems at work. But there are ways to protect ourselves and fight for our unpaid wages and other benefits.”

While illegals can be deported from Canada when discovered, the companies who hire them are rarely punished according to immigration specialists, despite theoretical fines of up to $50,000 and two years in jail. When action is taken, it can be dramatic. A raid in Vancouver at a Vancouver construction site resulted in the apprehension of several workers. However, the site supervisor claimed the workers were supplied by a sub-contractor, who in turn claimed another sub-contractor had supplied the workers to him! The case is pending.

Is an amnesty in order, north of the 49th?
The problem is not likely to go away soon. Like the U.S., Canada suffers a severe shortage of skilled trades in construction going forward. Like Drumpf, our Prime Minister has promised billions in future infrastructure spending, including large-scale construction, therefore the skill shortage will persist.

While Drumpf may have to relent on his deportation pledge, Justin Trudeau may have to step forward and take some positive action himself. Back in 2013, Canadian Contractor contributor Alec Caldwell called for an amnesty for illegal workers working in the Canadian home residential industry. He suggested the best action would be for them to be legitimized “so they can now pay into our social systems. We actually need them to contribute legitimately to our tax base, with our huge wave of baby boomers set to retire.”

Do you have experiences or opinions  regarding illegal or undocumented workers that you are willing share?