The Union Construction Workers (UCW), champions of Ontario’s unionized Industrial Commercial and Institutional (ICI ) construction workforce, boasts that unions in the province spend over $40 million every year on safety and other programmes. They claim as a result to have built a workforce that is, in their words, incredibly well trained and safe. They even took to Toronto’s airwaves recently to publicise these claims.

Where did the UCW get their information to back this up?
They gleaned it from the Ontario’s Workplace Safety Insurance Board (WSIB), who in turn compiled it from their own data gathered over the last 7 years. See survey

There are many who are skeptical about information coming from WSIB these days, unless of course that information can be somehow used to advantage by spin doctors for the unions and supporters of WSIB! The recent WSIB survey would have us believe that various safety programs have actually reduced claims. Yet according to a recent Ontario Ministry of Labour (MOL) survey, there has in fact been no change in the number of workplace accidents over the past years. 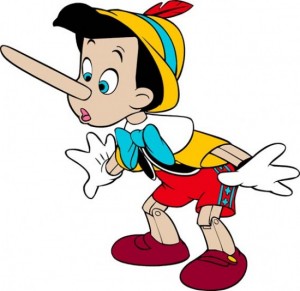 Turning water into wine
What the MOL-commissioned survey said was this: The WSIB’s “claims allowed” rate fell from just under 2 per cent of employed workers in 2004 to just over 1 per cent in 2013. Furthermore, according to the MOL report the number of fatalities and critical injuries per year showed was essentially unchanged.

However, in an attempt to shape information to their advantage, the union ads instead spun the WSIB’s reported findings of “29 per cent lower rate of critical injuries that put workers’ lives in jeopardy” over the last 7 years.
Do you see the contradiction between the WSIB and MOL surveys?

Statistics can be manipulated to support almost any tale you want to tell
In fact, there were many construction fatalities in Ontario in 2015, including the deaths of four workers in separate incidents this past November. Were any of these workers unionized? If so, maybe the $40 million spent by the unions each year yearly is not enough.

These latest four deaths in fact aroused the Ontario’s Minister of Labour Chief Prevention Officer George Gritziotis. He issued a “Zero Tolerance statement” that included a warning; “Ministry of Labour inspectors will aggressively be using a zero-tolerance approach to reckless violations and hazards”

To be clear: I support anyone offering improved safety to protect their workers and their families from the devastation of serious on-site injuries or even death.

It doesn’t matter if these are unions or non-union construction companies running their own safety programs. (I do know of such companies!) We all need to do better! This is more than an Ontario issue; it’s a nation-wide issue. The labour ministries in each province need everyone’s support in the on-going and daunting campaign to reduce devastating accidents in our industry.

The same old story again and again
Yesterday I stopped by a home undergoing a shingling job. I’m sorry to say it was the usual situation; a worker on the roof not wearing fall systems. There was no business owner in sight, just a lawn sign promoting the name of a giant U.S .-based home improvement company.

So many questions need asking
I never ask these workers if they are unionized or not; my concern is always about their safety. Does their employer have any concern for the safety of their workers? Can they demonstrate any due diligence? Do they care at all?

Does it take a prosecution or a fine to shake these companies up? Are prosecutions and fines simply the cost of doing business? Is it a matter of a trading few dollars for a life?

Who is willing to speak up about work-site safety?

If you have questions on any safety issues or Audits, contact us:

Related
Bill C-377: The government forcing a private entity (a union) to make their financial statements public is downright scary.
OFL president Sid Ryan explains what his union organization has done with the WSIB’s $12.3 million funding
The difference between union-minded workers versus employers
Building trades union to build $1.2 million monument to construction workers in Ottawa